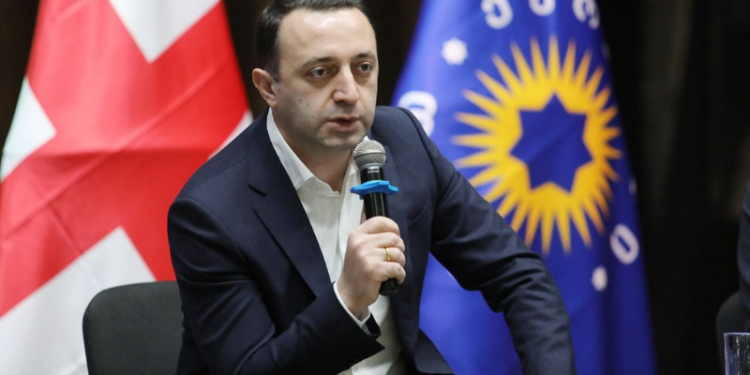 “One of the clearest arguments why we deserved more is the blood we shed – we fought three times against the Russian army and this decision was unfair, they should not have done it,” Prime Minister of Georgia Irakli Garibashvili stated during his speech at the opening ceremony of the wounded fighters’ week in Tserovani.

The head of the Government noted that in 2008, the Georgian soldiers showed exemplary heroism, the Georgians survived with two main powers, faith and army, and the decision on the status of EU candidacy “put all this into question.”

“These are quite emotional days, and I want to share my vision with you once again. I publicly expressed my frustration. One of the clearest arguments of our country, Georgia, as to why we deserved more, why they should not have done that and why it was unfair, are the facts that I have listed – the blood we shed, our struggle, our war. We fought against the Russian army three times. Since the country regained its independence, in 2008, you, our army, have shown exemplary heroism. We do not compare ourselves to anyone’s army, but the Georgians survived with two main forces, that is, our faith, the Church and our army, our people, our warrior spirit. Today, unfortunately, it was put into question. Of course, I do not envy the success of anyone, on the contrary, I am happy with the success of the Ukrainians, the Moldovans, but Georgia deserved more, and if anyone deserved in these three countries, it was us. It is clear, friends, we all understand that today there is a different conjuncture in the world; other, very difficult processes are going on, all over the world. We must meet this calmly and continue to move forward, strengthen our country, strengthen our army, protect our country, protect our people and our main dream – that we all meet one day as soon as possible in a united, strong Georgia, this should be the main unifying idea of ​​our nation and our people,” said the Prime Minister, whose statement was shared by the Government Administration.