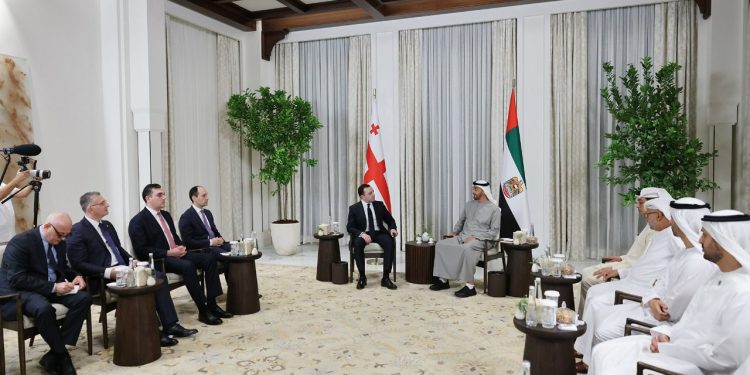 The key directions of the productive cooperation across a variety of areas between the two countries were discussed at the meeting. Emphasis was placed on the high level of political dialogue between the countries, as evidenced by the high-level visits held over the past years. Commitment to furthering the existing productive cooperation was expressed. It was noted that active negotiations are underway to establish free trade between Georgia and the United Arab Emirates, while numerous projects in Georgia are being implemented in Georgia with Arab investments, and their growing numbers are commendable.

Garibashvili emphasized that the creation of a free trade zone will establish a beneficial climate for promoting and developing the economic and trade relations between the two countries. The importance of tapping fully into the considerable potential in the spheres of tourism, energy, and the transport was underlined. It was noted that the trade turnover between the two countries grew by 84% in the first 9 months of 2022 to reach 190 million USD.