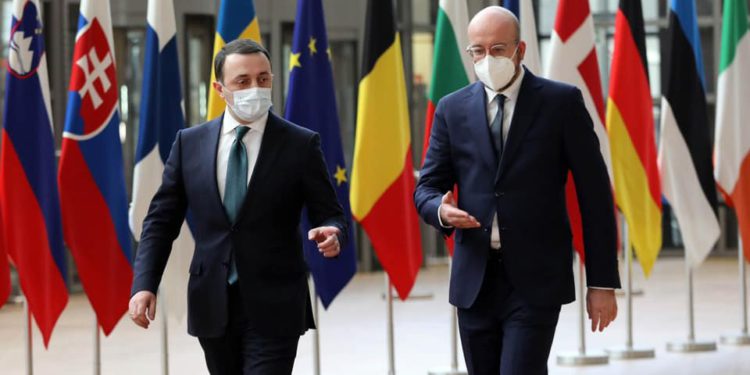 The Prime Minister of Georgia, Irakli Garibashvili, will take part in the meeting of the Georgia-EU Association Council. He is in Brussels with a government delegation, where he met with the President of the European Council, Charles Michel.

The Minister thanked Charles Michel for the mediation.

“We are committed to finding a solution, but this will not happen at the expense of the interests of our state. We are certainly ready for a fair decision to be made. It should be a compromise more or less acceptable to everyone. We have spoken openly about what our position is. I shared the position of our party, the government, with Mr. Charles Michel, and he naturally listened carefully to our suggestions. The opposition has been trying in recent days in a particularly destructive manner not to facilitate the dialogue process, but rather to widen the gap,” Garibashvili said.

The Prime Minister said he hopes that the opposition will continue constructive dialogue, and their ultimate task is to work in a unified parliament.

“I will refrain from voicing our specific positions as the agreement and negotiations are not over. Charles Michel’s position is that in the shortest possible time, we will be able to find common ground and compromise,” Garibashvili said.