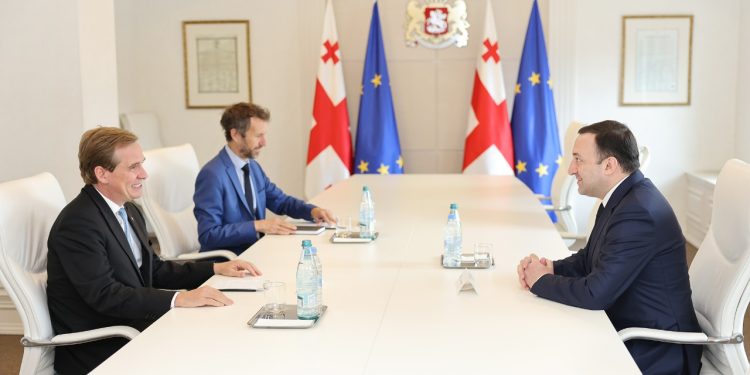 The meeting at the Administration of the Government focused on the relations between the two countries and prospects of future cooperation.

It was pointed out that France is Georgia’s friend and reliable partner. Emphasis was placed on the fact that Georgia appreciates France’s strong stance on the country’s sovereignty and territorial integrity and support for the non-recognition policy toward Georgia’s occupied territories.

The role of France as one of Georgia’s largest years-long international donors was explicitly underlined in terms of Georgia’s democratic reforms, institutional modernization, and socioeconomic development.

At the farewell meeting, the Head of Government thanked the French diplomat for his contribution to deepening Georgia-France relations and wished him success in his future endeavors.