PM Meets with Chairman of Sanko Holding’s Board 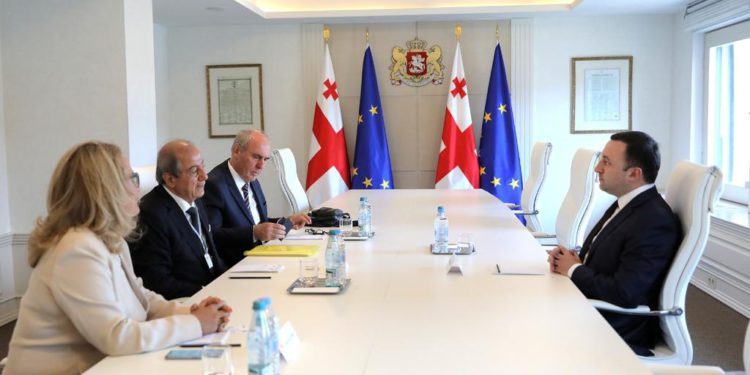 Garibashvili introduced the Chairman to the country’s favorable business environment.

As the Prime Minister notes, the creation of a special economic zone in Georgia, given the country’s strategic location and favorable business environment, will transform Georgia into an economic hub, also pointing out that the Government is working on turning Georgia into a multifunctional regional hub, and that the draft of the relevant strategy is already in place.

The meeting underlined Georgia’s leading positions in the rankings of numerous influential international think-tanks, and the economy’s rapid post-pandemic revival thanks to the Georgian Government’s prudent policy.

Garibashvili underscored Georgia’s FTAs with the EU, China, and the region’s countries as a way of enabling Georgia to access a number of big markets.

Sanko Holding is a Turkish giant working in eleven different sectors, including the production of textiles, building materials, and renewable energy. Sanko Holding’s constituent companies export goods to more than 100 countries and run branches in various countries around the globe.