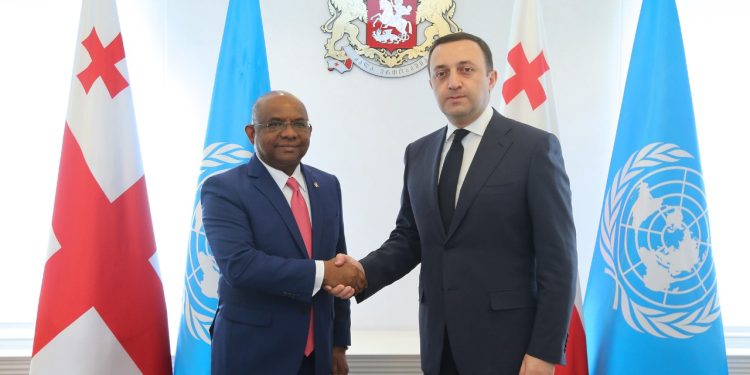 Dignitaries discussed the active topics of cooperation between Georgia and the United Nations within the scope of the UN General Assembly.

The focus was made on the current situation witnessed in the occupied regions of Georgia and the significant role of the UN in the peaceful resolution of the conflict. The Prime Minister of Georgia expressed his gratitude to the President of UNGA76 for the solid support of the sovereignty and territorial integrity of Georgia.

Focus was made on peace and security, human rights, sustainable development and gender equality.