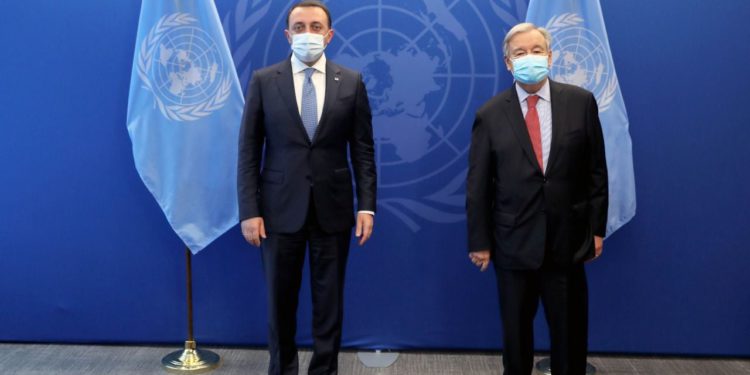 At the meeting, the PM emphasized the personal support of the UN and the Secretary-General for the territorial integrity and sovereignty of Georgia, and noted that the Government of Georgia appreciates the involvement of the UN in the process of peaceful settlement of the conflict.

As Garibashvili estimated, the UN Secretary General’s report on Internally Displaced Persons from Abkhazia and Tskhinvali regions of Georgia, UN General Assembly and UN Human Rights Council resolutions are the most important mechanisms to keep the humanitarian situation in the occupied territories high on the international agenda.

During the discussion, they have focused on the security and humanitarian situation in the occupied territories of Georgia. The role of the UN in the Geneva international discussions was emphasized and the need to achieve concrete, tangible results in this format was noted.

As Primer Minister stated that the Georgian government is committed to the policy of peaceful settlement of the conflict, which aims to de-occupy Georgian territories and restores trust between the societies divided along the occupation line.

The meeting between the Prime Minister of Georgia and the UN Secretary-General was held in New York within the framework of the UN General Assembly.