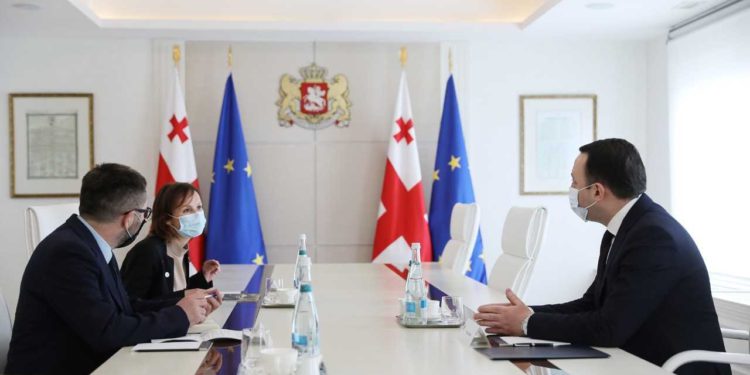 The meeting discussed the issue of the upcoming repatriation of the bodies of an additional 13 persons from Abkhazia into the territory controlled by Georgia’s Central Government.

Special emphasis was placed on the efforts of the International Committee of the Red Cross as a neutral facilitator implementing programs designed to identify missing persons and assist their families. The decisive role of the ICRC in developing effective programs for locating and identifying missing persons was singled out.

The parties underlined that the bodies of more than 550 persons have been found through joint effort, of which almost 200 have been identified and delivered to their families.

The Head of Government pointed out that the Georgian Government remains committed to ongoing programs for locating missing persons and assist their families. Work in this direction has accelerated lately, and the Interagency Commission was established in 2019 to ensure enhanced cross-agency coordination in this direction, he added.

The meeting at the Administration of the Government was attended by Severin Chappaz, Head of the ICRC Delegation in Georgia.