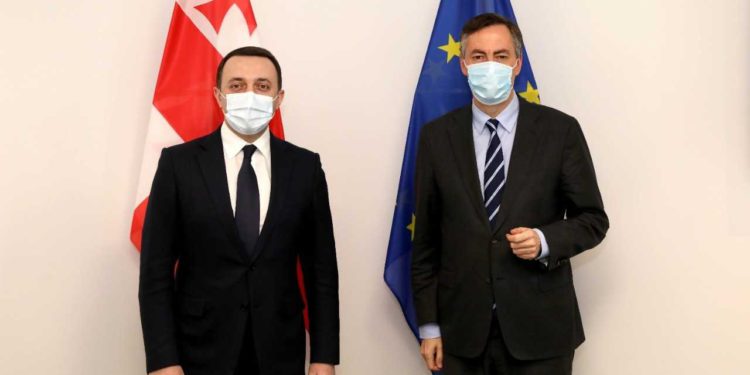 The Georgia-EU strategic partnership, progress toward European integration, the situation in the occupied territories, and the ongoing political process were the key issues discussed during today’s meeting between Georgian Prime Minister Irakli Garibashvili and Chair of the European Parliament Foreign Affairs Committee David McAllister.

During his meeting with David McAllister, the Head of Government underlined the occupation of Georgia’s territories and the dire humanitarian situation therein as Georgia’s major challenge. The conversation revolved around the Annual Report of the European Parliament’s Foreign Affairs Committee on the Implementation of the EU’s Security and Defense Policy, a document assessing Russia’s actions and occupation policy.  David McAllister reaffirmed the European Parliament’s firm support for Georgia’s sovereignty and territorial integrity and the country’s European integration and democratic development.

The meetings also discussed the country’s ongoing political processes and the EU’s mediation, with special emphasis on the need to achieve a compromise and channel the process into Parliament. The parties pointed out that the EU’s engagement in the process reiterates the importance of stability in Georgia to European partners.