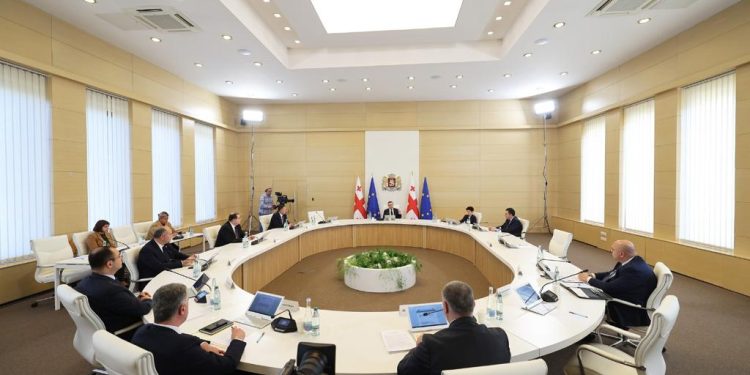 “I wish to start the meeting with a discussion of the draft budget for the following year. We had the final review at the Economic Council on Friday and the ultimate Draft Budget will be submitted to the Parliament of Georgia on November 30, 2022,” announced Irakli Garibashvili, Prime Minister of Georgia.

He noted the economic growth projection will be adjusted to 10% instead of the originally projected 8.5%, which means that for the second year in a row the country will have its economic growth in double digits.

“Let me greet and welcome you all. I wish to share information with the general public on significant topics. I believe that we made interesting decisions and wish to brief our society about them.

“We will be adjusting our economic growth projections from 8.5% to 10% this year. It means that for the second year in a row we are having a double-digit economic growth resulting from our prudent economic policies. I wish to remind everyone that almost 80 BLN GEL will be the Gross Domestic Product (GDP). It means that per capita GDP will reach about 7500 USD, which is great progress for the past two years, of course. Also, I wish to say that during the last year almost over 100 000 new jobs were created. The unemployment indicator has gone down to its historic minimum. Poverty has also declined as well. We have growth in every direction, be that tourism, export or domestic production. In a nutshell, we have positive indicators in every direction.

“By taking into account the actual tax collections, we are increasing the plan for the fiscal revenues into the consolidated budget in 2023 with about 390 MLN GEL. In addition, a plan for the loan repayment and other revenues will be increased with about 270 MLN GEL. Considering the aforesaid, our resources will increase in the coming year with 660 MLN GEL and the consolidated budget will end up being 25 BLN GEL as a result,” noted the Prime Minister of Georgia.