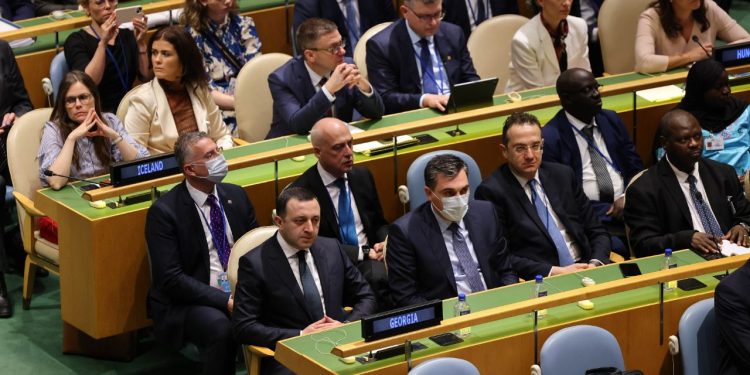 The participants of the opening session of the General Debate were addressed by United Nations Secretary-General António Guterres, President of the United Nations General Assembly Csaba Kőrösi, and other leaders.

Garibashvili will address the participants of the 77th General Assembly Session on September 22.