PM: 14 Sanatoriums Worth GEL 50 mln on Sale in Tskaltubo 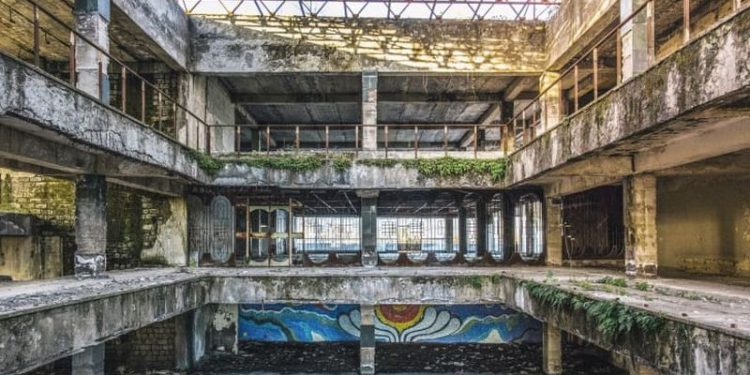 Prime Minister Irakli Garibashvili has announced that the government will auction 14 sanatoriums in Tskaltubo, the total value of which is 50 million GEL.

On July 5, during his visit to Tskaltubo, at the presentation of the ‘New Life of Tskaltubo’ project, Garibashvili stated that there were two hindering factors in the development plan of Tskaltubo for the government so far:

“The main problem was the question of ownership of water resources – the investor was a private person. On our decision to renovate them, the government officially became the owner of this resource.

“The second issue was the approval of the master plan. The plan is complete. We took into account the uniqueness of Tskaltubo as much as possible. After the 1930s, the development of Tskaltubo was carried out according to a scientifically based plan, and 22 sanatoriums were built, many of which can be said to be works of architectural art.”

He noted that the government plans to start “the process of restoring Tskaltubo”:

“All issues have been resolved – water, general planning… Now we have 14 sanatoriums for sale, the value of which, according to today’s estimation, is about 50 million GEL, and we expect that 500 million GEL will be invested,” he said, adding that 500 million GEL will be a private investment, in addition to which, “the state undertakes to invest tens of additional GEL in order to make Tskaltubo a world-class modern spa-resort, like Baden-Baden and others, as Tskaltubo has the potential for it.”

He noted that 25,000 visitors visited Tskaltubo in 2019 and “this figure will increase in a few years”.

The government believes that the Tskaltubo project will create more than 3,200 new jobs.

“Tskaltubo will offer its guests not only unique thermal waters, but also top-notch vacationing opportunities, an eco-friendly and healthy environment, and natural monuments distinguishing not only Tskaltubo and Imereti, but also all of Georgia,” the goverment claims.

In 2019, billionaire ex-PM Bidzina Ivanishvili launched an initiative to “revive” the Tskaltubo resort, however, he did not purchase any buildings himself.

The construction of sanatoriums in Tskaltubo began in the 1920s, and, over time, it became a place of vacation for the working class. However, with the collapse of the USSR, the resort was abandoned. Most of the buildings are now almost completely destroyed.