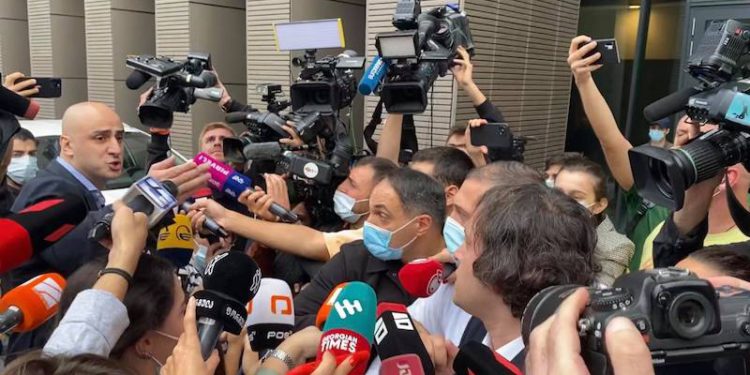 The leaders of the Georgian Dream and the National Movement, Irakli Kobakhidze and Nika Melia, physically confronted each other.

The incident took place this afternoon, near the EU Delegation Office on Ilia Chavchavadze Avenue.

After meeting at the EU office, Kobakhidze was giving an interview to journalists, when Nika Melia arrived on the spot – also to meet with the EU delegation.

Kobakhidze and Melia also addressed each other with insulting remarks.

Kobakhidze called Melia a provocateur and a hooligan.

“This is how provocations are organized. Provocateur! Hooligan, fool!”, Kobakhidze told Melia.

Following the confrontation, the Chairman of the Georgian Dream held a briefing and assessed the incident as a pre-planned provocation by Melia.

“It is difficult not to respond to such provocations,” Kobakhidze said and apologized “for the words the public had to hear from him.”