“Pashinyan Might Call Armenia a Democracy, But It Is a Pseudo-Democracy” – What’s Next for Armenia? 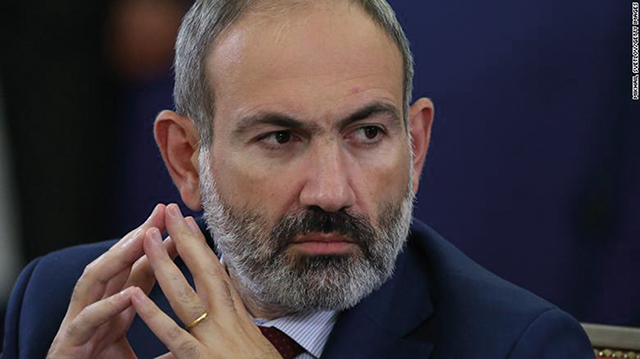 Turmoil in Armenia shows no sign of abating. Having finally secured the agreement of parliamentary opposition parties, the divisive Prime Minister Nikol Pashinyan announced that elections will be held on June 20. With society restless and the army seemingly distrustful of every side involved, tensions remain high in Armenia, with its people trying to cope with the aftermath of the Second Karabakh War. Pashinyan himself is faring no better: although he retains his core supporters, there is a growing Armenian dissatisfaction with both him and his policies, that for some have become increasingly authoritarian. What are we witnessing in Armenia right now and what to expect in future? These were the two principal questions GISP asked Tatevik Hovhannisyan, an Armenian political analyst based in Warsaw.

With snap elections looming, a double question: first, what made the consensus possible? And second, what can be expected of it?

The snap election decision has come off the back of behind-doors talks between the parliamentary parties, and I believe that the deal might be to form a coalition after the snap elections. At the same time, a large part of the country’s society remains unwilling to pick a side, as they are not willing to overthrow Pashinyan with representatives from the old regime, and are waiting for a third power to arrive, which does not appear likely anytime soon.

So the deal might suit both sides: Pashinyan knows that he will probably not be able to get a majority and will need some support from the parliamentary opposition, while the opposition would like to be part of the government. Thus, a win-win situation for them and an unfavorable situation for the public, because with the existing electoral code (which runs on a rating system) and the existing constitution (which gives turbo-charged Prime Ministerial power), which the revolution promised to change but didn’t, Armenia will most probably witness the worst elections since it won independence, as they will not be elections about ideologies and political programs, but instead focused on political life and death, especially for the ruling party.

What role does the military play in the ongoing standoff?
There is significant mutual distrust between the army and Pashinyan, especially from the generals who served under the previous regime. For that reason, Pashinyan initiated a “de-generalization” of the army, and in many cases, personal loyalties are preferred over professionalism.

The non-parliamentary opposition, which is composed mainly of people from the previous authorities and their satellites, not having enough supporters, were encouraging the army to join them, but the army limited its actions to a statement which said that the PM should resign, as “his actions are based on personal interests and he is unable to make adequate decisions in this crucial moment”. This was conveniently declared by Pashinyan to be an attempted coup d’etat. Interestingly, Russia, the West (ie. the USA and the EU) and Turkey expressed their concerns about an attempt on a coup. From the latter, this is the first statement concerning Armenia’s domestic affairs in a long time, and I would assume that the change of power is not in Ankara’s interests, as there are certain agreements that the Armenian side should adhere to based on the November 9 document.

How is Armenian society coping in the aftermath of the latest war?
The public were not ready for the capitulation, politically, socially, or psychologically. This was the red line that was not meant to be crossed: it seemed unimaginable. And this was down to the government-imposed information blockade during the war. We were under the unshakeable belief that our army was great, and we refused to believe that we might lose. It had an existential streak: we either don’t lose, or if we do, we disappear altogether. The war is over, but this existential threat still hangs over us. One of the more peculiar aspects of this defeat is that it was made possible because of the hitherto unprecedentedly high legitimacy of our Prime Minister: he was calling the shots in all matters important, and no-one dared to question his decisions. He might himself call it a democracy, but I’d call it a pseudo-democracy instead. It was personality-driven politics. The hope that he’d been feeding us till the very end, that we might not lose it despite everything suggesting the opposite, turned out to be false and misjudged.

What do you think was the rationale behind the government’s insistence that the war could be ended on favorable terms for Armenia?
That’s exactly the question that people are asking him now. Knowing that you’re the leader of the country and knowing the war is objectively unwinnable, why didn’t you stop the war while you still had the chance to do so? One reasonable explanation is that he thought that in giving away those seven territories, he’d betray the national sentiments, the proverbial “not an inch of land back” theory, and he’d be blamed for it, and that would mean his demise as a political figure. So he went all the way and lost even more than there was to lose.

And what are the arguments that the still rather sizable numbers of Pashinyan supporters have against that?
They claim that Pashinyan was set up. Or that it wasn’t his fault and the war was inevitable. But there is setback or defeat, and then there is a crushing defeat, a complete fiasco. There was no dignity in this one. We could have done better than that. And then again, if our Prime Minister was set up that easily, without realizing it himself, maybe he should not be Prime Minister to start with. If he did indeed realize he was being set up, why did he remain silent about it?

Could Russia have played a role in setting him up?
Russia is another story. It’s no secret that Russia has been and still is using other countries’ territories to bargain with major powers. Georgians know that all too well. There was a fear that if pro-Western actors were to come to power in Armenia, a similar scenario to Georgia and Ukraine would unfold in Armenia as well. And that’s what happened, albeit indirectly. And despite the Pashinyan government’s claims that Russia is a friend and partner, their steps spoke of the opposite, and Russia’s, or rather Putin’s, behavior changed accordingly.

Is there an overwhelming public sentiment that going pro-Western was a mistake and that Russia is the only alternative?
Even though the progressive part of Armenian society isn’t fond of Russia, mostly there is an understanding that we don’t have much of a choice in this regard, geopolitically. In a nutshell, it’s political pragmatism versus political romanticism. We are dependent on Russia politically and economically, as well as for our energy supplies and military security, and it’s not just because we like it, but because we don’t have the luxury not to be. As bitter a pill it might be to swallow, this is the reality. Our hands are bound and, in this situation, speaking about political alternatives is a moot point.

Of the snap elections, the PM recently indicated he’d be ok with it, as long as he personally stays on as PM. This, coming from a person advocating for pro-Western values, raised quite a few eyebrows worldwide.

That’s exactly why I called what we have in Armenia a pseudo-democracy. In a true democracy, you can’t make demands like that. Those are words befitting of a tyrant, not a democratic leader. When you start using national security and judicial issues to further your own political interests, then whatever democratic element you might proclaim to base them on becomes just a façade.

The West was essentially inactive during the war, and now the person they placed the proverbial bet on is seen as authoritarian domestically. Does it mean the West has lost more in Armenia than meets the eye?
It certainly was a war for Turkey to strengthen its influence in the region and Russia to keep its own, and during the war we experienced first-hand that the West wasn’t able or willing to do much. In reality, there were truly certain leverages both for the US, as a NATO ally for Turkey, and the EU, in terms of sanctions and for the sake of human rights, or Great Britain, which has a solid but maybe for some invisible presence in Azerbaijan, but the political interests were put forward vis-à-vis human rights. And from the current perspective it might seem naïve, but we were really waiting and hoping that the West would do something tangible to stop this war. In the end, the ‘right is might’ principle triumphed, and Russia and Turkey made a deal over the disputed territories.

And the realization of that fact did nothing to diminish the “ally” standing of Russia in the eyes of the Armenian people? Is that how allies behave?
The Russian side resorted to an excuse that whatever was happening was happening not in Armenia but in Karabakh, therefore, they were unable to intervene. And we could not really afford to demand anything from Russia. From the viewpoint of sovereignty, we have become worse off than any other period since our independence. And this shameful defeat, orchestrated by our current government, has put us in an even more difficult situation.