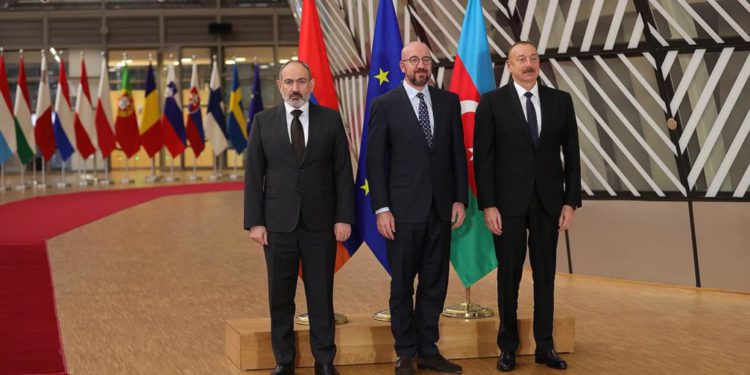 Michel noted Pashinyan and Aliyev “stated a desire to move rapidly towards a peace agreement” in a statement released after the 4.5 hour meeting.

Each of the leaders will instruct the Ministers of Foreign Affairs of their respective countries to “work on the preparation of a future peace treaty, which would address all necessary issues.”

The statement does not specify what those issues include.

Pashinyan and Aliyev also agreed to launch a Joint Border Commission to “delimit the bilateral border between Armenia and Azerbaijan” and “ensure a stable security situation along, and in the vicinity of, the borderline.”

The joint commission is expected to be convened by the end of April.

“I am sure we have taken a very important step in the right direction today. It does not mean that everything is decided, it means that we have made progress,” Michel was quoted as saying by azatutyun.am.

It is also unknown at this stage whether the Russian side will be involved in this process, which plays one of the main conciliatory roles between the parties.