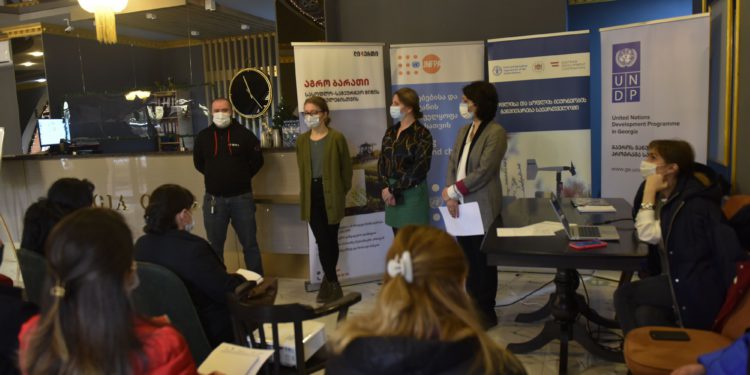 A new series of meetings have launched at the joint initiative of the Food and Agriculture Organization (FAO), the United Nations Development Program (UNDP), the United Nations Population Fund (UNFPA) and Liberty Bank in the regions of Georgia. The purpose of the meetings is to raise the awareness of gender equality, reproductive health and rights, community participation, women’s economic empowerment, as well as of banking services among rural women, that will benefit women involved in agriculture. In December 2021, meetings will be held in Shida Kartli and Racha-Lechkhumi regions. 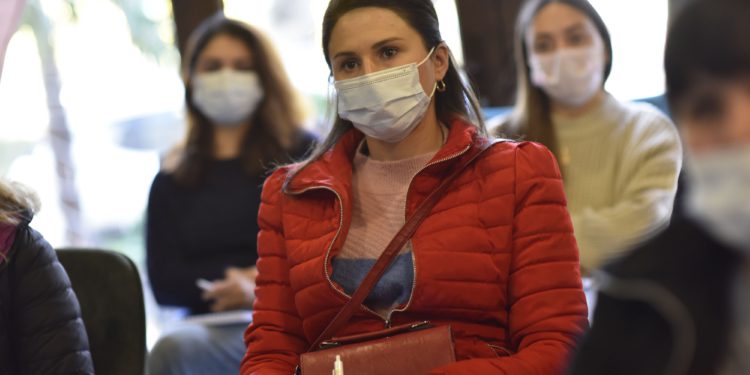 The first meeting of the series was held at the Georgia Gold Hotel in Gori, on December 4, 2021. The meeting was attended by women from Gori and Khashuri municipalities, who are involved in the FAO Agriculture and Rural Development Project (sponsored by the Austrian Development Cooperation (ADC)). The participants were informed about issues such as family planning, prevention of uterine and breast cancer, domestic violence, harmful practices (child marriage, gender selection), the role of gender equality in the development of business and agriculture, financial planning and banking services offered to women involved in agriculture by Liberty Bank.

At the same time, a training session “Men Talking to Men” was also held as part of the cooperation between the UNFPA and FAO. “Men Talking to Men” is an initiative conducted by the United Nations Population Fund (UNFPA) since 2016 to help increase the engagement of men in the process of achieving gender equality.  Integrating “Men Talking to Men” initiative in the joint initiative is a good opportunity for men, who are in business and agriculture, to understand the importance of gender equality in the field they are involved, that it has a positive impact on productivity, teamwork and output, and reduces the risk of men stirring up gender stereotypes. 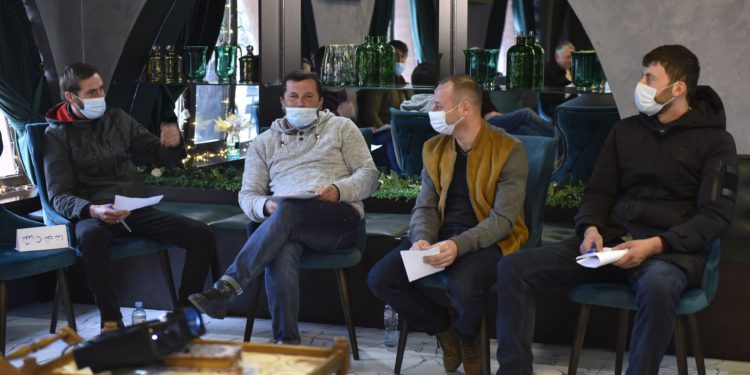 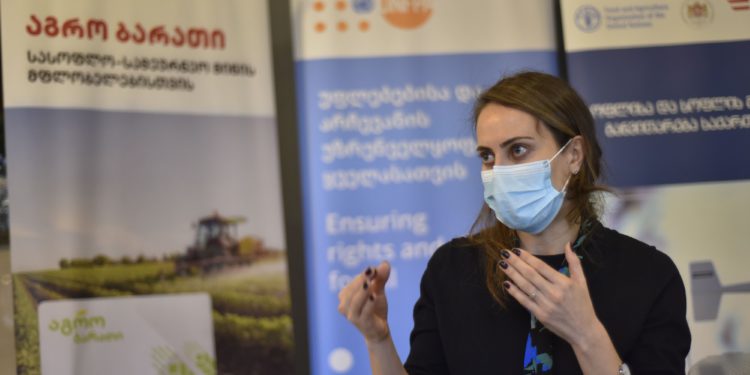 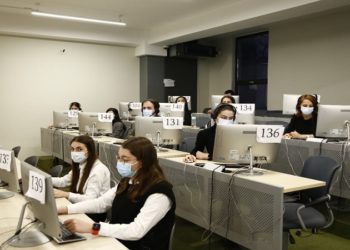