Part of TSU Students Protest against Election of Acting Rector, Call it ‘Illegitimate’ 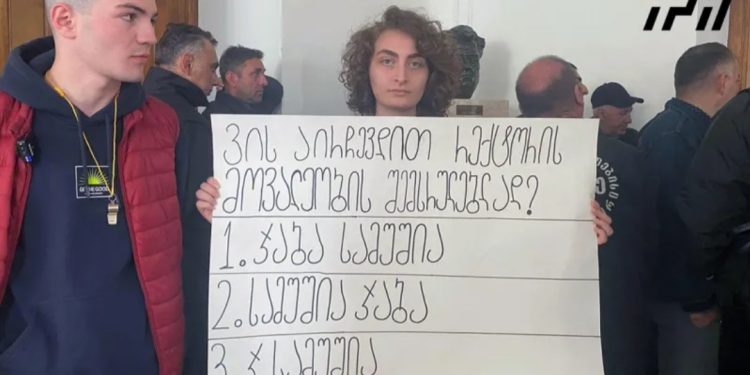 At Ivane Javakhishvili Tbilisi State University, part of the students are holding a protest rally. They are protesting the elections scheduled today for the position of acting rector of TSU and consider it illegitimate.

They say the university is managed by a “clan” and the appointment of Jaba Samushia as rector is absolutely unacceptable. They demand a change in the rector’s election procedure, the construction of a dormitory for students, and a housing subsidy.

According to the students, Jaba Samushia was a pre-selected candidate for the position of rector, and the university elections have been formally scheduled.

“This process is illegitimate. They can’t keep an eye on the students and quietly appoint a rector appointed by the government to the university. Solidarity for the students, freedom for the university,” says Saba Kerkadze, representative of the Student Movement.

It should be noted that the acting rector of TSU will be elected today by the academic council by secret ballot, with the majority of the members, for a period of no more than 6 months.