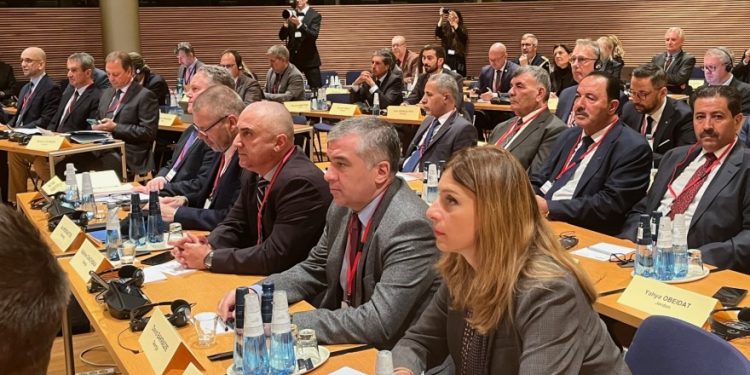 Members of the Parliamentary Delegation to NATO PA participated in the 103rd Rose-Roth Seminar in Helsinki.

The Delegation was represented by Vladimir Chachibaia, Teona Akubardia and David Bakradze.

The Seminar agenda included the issues, such as Russian aggression in Ukraine, orders of the NATO Madrid Summit and the role of NATO in the security and peace of the Alliance and partner states, as well as the contribution of Finland and Sweden in the enhancement of security in North and Baltic states, total defense of Finland and Russian hybrid threats, maritime security and climate changes.

As repeatedly noted, the Russian military invasion in Ukraine entailed the decision of the NATO integration of Finland and Sweden and changing of a neutral status thereof. The attendees stressed that the Alliance will become a guarantor of security not only in the Baltic region but in the far North. The President of Finland, the Defense Minister and other officials underlined that Finland is keeping boosting its defense capacity, including in terms of military procurements.

The discussions touched upon the continuation of the economic and political pressure on Russia through various methods, including economic, political and personal sanctions; the importance of analyzing that the West starts a long-term confrontation with Russia since the Russian authorities do not desire to change their policy. When estimating the NATO Madrid Summit, it was highlighted that for the first time after the accomplishment of the cold war, NATO Security Concept mentions Russia as an adversary and the NATO open door policy despite the menaces from Russia, is irreversible with the examples of Finland and Sweden.

It was underlined that the NATO doors are open and the impact of the NATO non-member states on the enlargement policy is restricted. It was stressed that there are scarce grounds why Georgia and Ukraine cannot be NATO members. All these aspects indicate that NATO’s open-door policy is still valid.