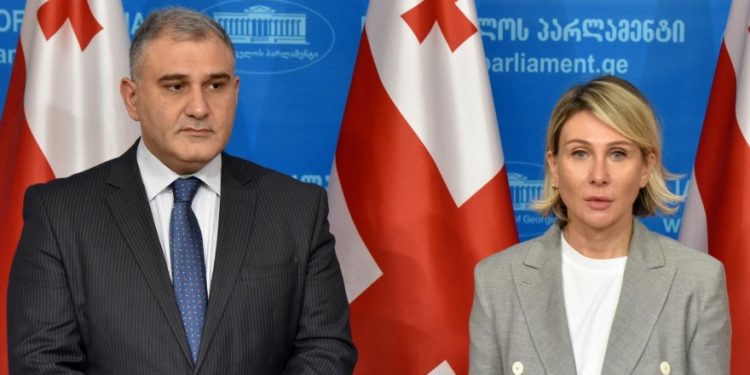 The Parliament continues its intensive work on the fulfillment of the EU recommendations, the Chair of the Gender Equality Council, Nino Tsilosani, and the Chair of the Human Rights and Civil Integration Committee, Mikheil Sarjveladze, noted this week.

“Georgia will intensify its consolidation of efforts to enhance gender equality and eliminate violence against women. According to the majority plan, the Human Rights and Civil Integration Committee and the Gender Equality Council are actively developing and will submit to the Parliament respective Drafts within the established term,” Tsilosani stated.

She noted that these are three legal initiatives developed by the Human Rights and Civil Integration Committee and the Gender Equality Council.

“These initiatives envisage the introduction of changes to the Organic Law on Normative Acts imposing the obligation on the authors of the legal initiatives to submit the pre-estimation of the initiatives along with the drafts in terms of the possible impact on gender equality; second – some legal acts will be amended to, at the legal level, determine the gender equality not only as an equal legal capacity but to aim as an incentive for the achievement of actual equality; third – the changes are to be introduced to some legal acts on countering the violence against women, envisaging the fulfillment of the international commitments of the country and harmonization of the best international standards with the national legislation,” she added noting that gender equality, in general, cannot be achieved within one single reform.

“It requires continuous efforts and intensive work and hence, we intend to take respective steps in all directions. The Committee and the Council keep working against femicide, on the economic strengthening of women and various strategic documents and action plans. In the nearest future, we schedule a joint thematic inquiry aiming at the planning of the changes for the fulfillment of certain commitments under the Istanbul Convention, namely, the improvement of the composition of sexual abuse under the Criminal Code. Society will be informed about all the events planned and implemented to ensure real gender equality as one of the key priorities of the Government. We want to express our gratitude to our colleagues and partners for their participation in the development of these initiatives. We hope for active cooperation with them,” she stated.

Sarjveladze delivered the words of gratitude to every actor cooperating with the Committee and the Council.

“This cooperation allowed the development of the initiatives we submit today and planning of the works leading us to the successful outcomes,” he stated