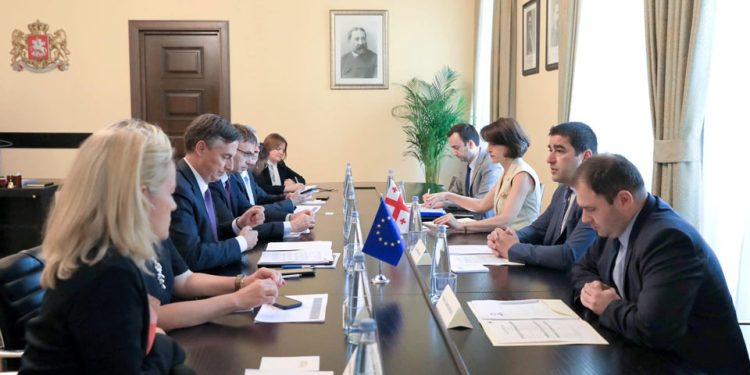 Georgian Parliament Speaker, Shalva Papuashvili met the Chairman of the Foreign Affairs Committee of the European Parliament (AFET), David McAllister and members of the committee.

Papuashvili expressed gratitude for the support of the European Parliament for Georgia’s territorial integrity and European future. The Speaker emphasized the decision of the European Council regarding granting a European perspective to Georgia.

The parties discussed in detail the integration of Georgia into the European Union and the implementation of 12-point recommendations proposed by the European Commission.

In response to a question from the delegation of the European Parliament, Papuashvili noted that Georgia has already started the process of implementing the recommendations and that Parliament will continue to actively work on their implementation over the next six months.