Papuashvili: 7 Committee Meetings and 5 Working Group Meetings have Been Held in Relation to 12-Point Recommendations 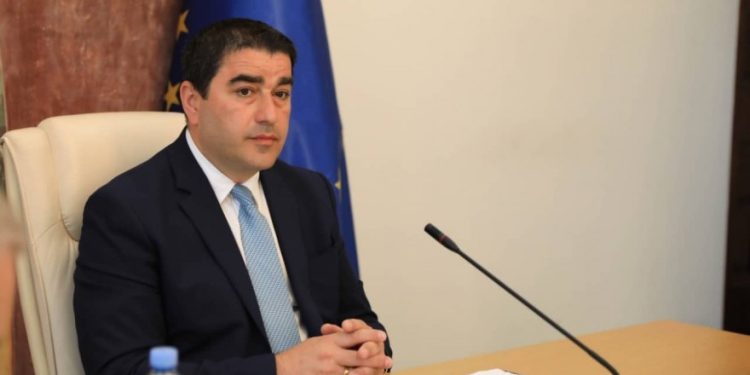 “Unfortunately, some of the opposition is boycotting the ongoing legislative activity,” the Speaker of the Parliament stated at the sitting of the Bureau.

“It is crucial for our society to be aware of the ongoing parliamentary activity in order to avoid being misled,” he said. “As a point of reference, let me mention that following the conclusion of the spring session, seven committee meetings were held. To date, five working group meetings have been held in relation to the twelve-point recommendations. For instance, the Defense and Security Committee will meet today to address one of the 12 topics, organized crime, and the Legal Issues Committee will meet the next day to debate de-oligarchization in a working group setting. The legislative process is still going on. We observe that certain members of the opposition participate in this parliamentary activity, while others refuse to do so. By calling an extraordinary session, they aim to show that they want to work while the others do not, but the reality is quite the reverse,” the Speaker stated.

Papuashvili also spoke about the appeal of the opposition representatives to the President of Georgia and the agenda of the extraordinary session proposed in the appeal.

“How do you envision inclusivity when, on the one hand, you offer to approve ready-made draft laws, even those that go against the 12 point-recommendations, rather than taking part in the inclusive process that the Parliament has already begun and is still going on?,” the Speaker responded to the statements of the opposition representatives.

“There is nothing mentioned in the EU recommendations concerning the proposed constitutional amendments. In contrast to the 12-point recommendations from the European Commission, which urges us to elect non-judge members, the second issue, which concerns the common courts, entails, for example, the postponement of the election of the members of the Council of Justice. In other words, it goes against those 12 recommendations. As it provides for the introduction of the mechanism of dismissal of judges nominated for lifetime tenure, which is prohibited by the Constitution, the third issue of common courts and the fourth issue, which deals with anti-corruption issues, are in violation of Georgia’s Constitution. Even if it is one of those recommendations, the extensive nature of the 12-point recommendations necessitates specific mutual consent and cooperation. How do you envision inclusivity when, on the one hand, you propose to adopt ready-made draft laws, including those that go against the 12 point-recommendations, rather than taking part in the inclusive process that the Parliament has already begun and is still going strong as in the structure of committee work? Let me use this opportunity to remind you that all of this is parliamentary activity and labor. Therefore, to portray the parliament in such a way that suggests it is not functioning and needs to do so immediately is to, to put it kindly, mislead our society,” the Speaker stated.

Papuashvili once again called on his opposition colleagues to engage in parliamentary activities.

“If there is a desire to be a participant in the European future of Georgia, this desire needs to be expressed in the parliamentary work, and I ask you to participate in this legislative activity,” the Speaker addressed the opposition.

Tags: PapuashviliSpeaker of the Parliament
ShareShareTweet