Papuashvili on TI’s Research: They Create False Perceptions & Fight Themselves 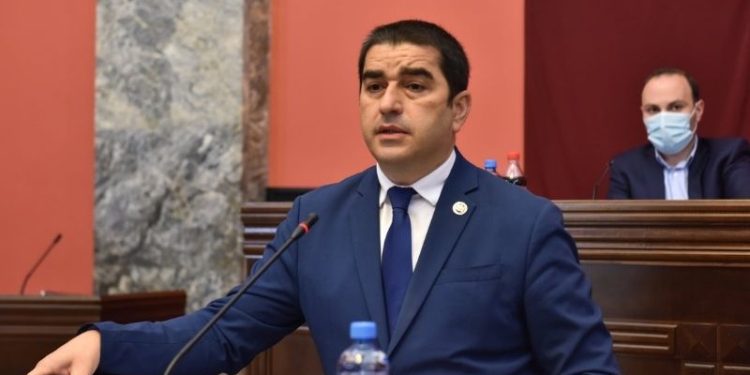 Parliament Speaker Shalva Papuashvili states that the “International Transparency – Georgia” research is part of a certain campaign, the purpose of which is to create a narrative that Georgia is moving away from the West.

Papuashvili made the above statement regarding the research published today, August 3, which assesses the growth of Georgia’s dependence on Russia.

“They create false perceptions and then fight against it themselves. In the end, it turned out that Georgia is the least dependent on Russia economically in comparison to other countries.

“It is important for the public to see that this is a campaign, part of a hybrid war, and is directed against Georgia and the Georgian authorities. This is a part of a campaign aimed at shaking the government. The main thing is that people see this and have no reaction to it,” Papuashvili said.