PACE Adopts Resolution on Implementation of Judgments of ECHR 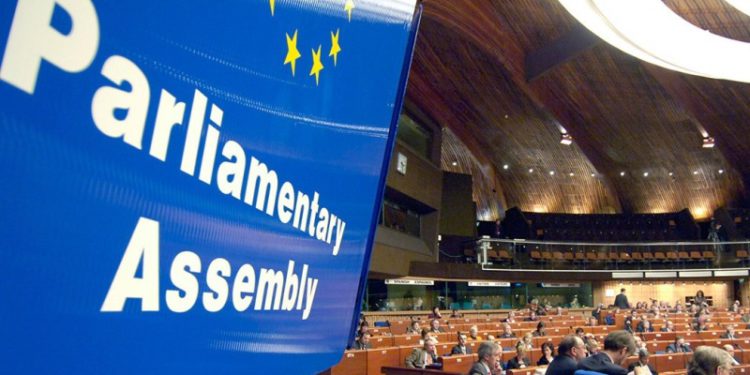 The Parliamentary Assembly of the Council of Europe (PACE) approved the report on the implementation of judgments of the European Court of Human Rights, which calls on member states to implement the judgments of the Strasbourg Court quickly and fully.

The Committee on Legal Affairs and Human Rights is currently monitoring the implementation of 5,000 court judgments.

The Assembly remains deeply concerned over the number of cases revealing structural problems pending before the Committee of Ministers for more than five years. The number of such cases has only slightly decreased over the last three years. The Assembly also notes that the Russian Federation (including illegally annexed Crimea and temporarily occupied territories of Donetsk and Luhansk regions), Turkey, Ukraine, Romania, Hungary, Italy, Greece, the Republic of Moldova, Azerbaijan and Bulgaria have the highest number of non-implemented Court judgments and still face serious structural or complex problems, some of which have not been resolved for over ten years. This might be due to deeply rooted problems such as persistent prejudice against certain groups in society, inadequate management at national level, lack of necessary resources or political will or even open disagreement with the Court’s judgment.

The Assembly is particularly concerned with the increasing legal and political difficulties surrounding the implementation of the Court’s judgments and notes that any national legislative or administrative measure cannot add further obstacle to this process. The Assembly stresses the inadmissibility of member States to legitimize the possibility of non-implementation of the Court’s decisions.

PACE reiterated its call on member states to swiftly and fully implement the Court’s judgments, in particular by providing sufficient resources to relevant national stakeholders, and to set up parliamentary structures to monitor compliance with international human rights obligations.

“Finally, the Assembly recommended that the Committee of Ministers give priority to cases pending for over five years, and to use once again Article 46 of the Convention in the event of “strong resistance from a respondent State”, adding that this should be done sparingly and in very exceptional circumstances”, reads the information posted on the PACE website.