Owner of Apartment where Saakashvili was Arrested Sentenced to Imprisonment 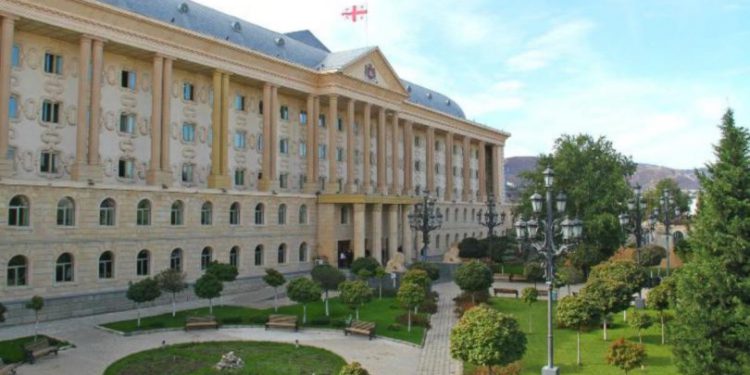 Elguja Tsomaia, the owner of the apartment in Tbilisi where Mikheil Saakashvili was arrested, was sentenced to imprisonment.

The prosecution says he stands accused of covering a crime in connection with Saakashvili‘s arrival in Georgia.

Reportedly, it was Tsomaia who helped Saakashvili enter Georgia and ceded the apartment he owned to the ex-president.

The trial was held today, October 4. Tsomaia was charged under the second part of Article 375 of the Criminal Code, which stipulates covering a particularly serious crime. His lawyers, including Beka Basilaia, say the accusation is groundless because the criminal code does not include such a crime at all, and the fact that the accused did not inform the police about Saakashvili’s entry into Georgia does not mean that he did not report the crime.

On the contrary, Prosecutor Levan Vepkhvadze notes that the mentioned article (Article 357) does not only include covering up the crime but also aims to promote justice.

He says that under this article, citizens living in Georgia are obliged to cooperate with the investigation.

The defense demanded the release of the accused from the courtroom.

Earlier today, two more people have been arrested for covering a crime in connection with Mikheil Saakashvili‘s arrival in Georgia, father and son – Zurab and Shalva Tsotsoria, employees of Poti Port Terminal.

The family of the detainees rules out any connection with Mikheil Saakashvili. According to them, this is related to a close relationship with Elguja Tsomaia.