Our Right to Know 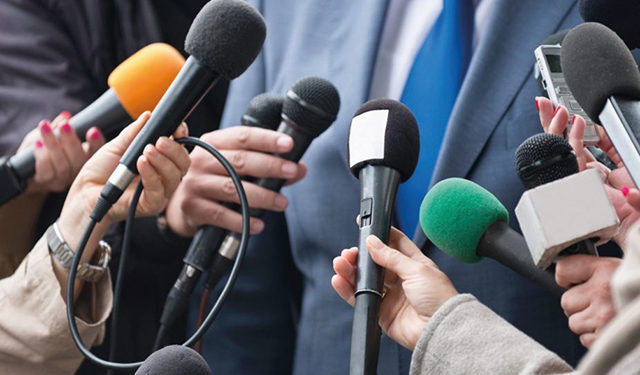 Media was invented to serve the people. And serving the people means keeping them at ease and content by means of having reliable and wide ranging information services at their disposal when needed. In that way, the average person on the street can make the right decision at the right time, based on the received info. It is the conventional truth that an educated voter is a huge asset to a nation, but we will never have a knowledgeable voter, contemplating his or her political choice in front of a ballot box, unless the media feeds truthful and accurate information to that priceless part of our population.

Do we have in Georgia a strong corps of functioning professionals who would meet the informational wants and needs of our public with resolute fairness and intelligence? We could respond with a firm yes to this question, unless our entire strong, vigorous and pushy bunch of journalists was biased either to one side of the political aisle or the other. A minor footnote: speaking about the public, I would give it a qualification of people who have in the last 30 years been waiting for some cultural, sociopolitical and economic miracle to happen, which is not arriving very precipitously in this land. Thus, we are faced with a strange dichotomy working to the detriment of this nation: a public who is frustrated, nervous and not very well versed in matters electoral on the one hand, and the youngish, predisposed and furiously two-faced media on the other. So the expectancy of a healthy electoral decision is under the burden of a very bad misgiving. The media don’t prepare the public to make the best decisions during the polls, it only manipulates the voters’ hearts and minds in expectation of their favorite politicians to grab points, hence doing a disservice to democracy, the local community, businesses and other segments of our society, including the government.

Meanwhile, our right to know is being impaired, turning all of us into a doubtful and hesitating category of voters. Certainly, the public has free access to an abundance of information, although limited in versatility and sincerity- entertaining readers, listeners and viewers to the extent of vertiginous exhaustion. Against the described media-public-interaction background, our politicians are doing their affordable utmost to let us take in their ideas archaic, and their promises stinking with bygone odors, all this presented in the same strenuous but very tiring vocabulary, and lively but angry and irritating tone. They no longer excite our public with political novelties that might encourage us to fall in love with them and jump on their respective bandwagons. The impression is that all of them have forgotten how to serve the public tastes and longings, having fallen out of favor massively.

The country is literally infested with modern communications media of all sorts and directions, and the politicians are successfully using their services, each in their own way. Only, they are concentrating on our population’s interests, needs and desires with formal and unpersuasive verbosity.

Our right to know more and better is one of the greatest achievements of the new era, and we certainly do enjoy this right to its full extent, but at the same time, it has become almost impossible to discern right from wrong, and to distinguish truth from lie in the electoral campaign, which is the greatest impediment in the process of making the most optimal decision at the sacred moment of holding the difference-making voting paper in hand, poised over the ballot box.

The hysterical style, perpetuated in our political life in general and in media operations in particular, is not a helper in the endeavor of the already weathered people of Georgia in the post-soviet struggle for survival. Georgians love to be educated, and they readily accept their teachers and instructors of new democratic ways and means, but the academic process here defies the chance of acquiring a modern political education conducive to a free and fair electoral environment, and this might be one of the reasons for that zealousness among the politicians, much callousness in the public and much unnecessary fuss in the media.