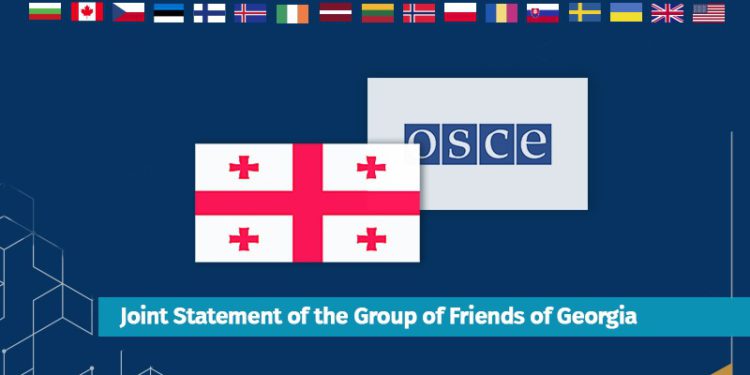 Ministry of Foreign Affairs of Georgia released information that the OSCE Group of Friends of Georgia (Bulgaria, Canada, Czech Republic, Estonia, Finland, Iceland, Ireland, Latvia, Lithuania, Norway, Poland, Romania, Slovakia, Sweden, Ukraine, the United Kingdom, and the United States of America) issued a joint statement reaffirming that they do not recognize the legitimacy of the so-called “parliamentary election” held in Georgia’s Abkhazia region on 12 March 2022.

As the OSCE Group of Friends of Georgia notes the same is true for the so-called “presidential election” scheduled to be held in Georgia’s South Ossetia region on 10 April 2022.

The OSCE Group of Friends of Georgia reiterates its full support for the territorial integrity and sovereignty of Georgia within its internationally recognized borders and remains deeply concerned over the continued occupation of parts of the territory of Georgia by the Russian Federation as well as by steps to integrate Abkhazia and South Ossetia into Russia’s socio-economic sphere.

In its statement, the OSCE Group of Friends of Georgia urges Russia to fulfill its obligation under the EU-mediated 12 August 2008 ceasefire agreement, and to withdraw its forces to their positions prior to the outbreak of hostilities, as well as to provide free access for humanitarian assistance to these regions. The Group of Friends of Georgia also calls on Russia to reverse its recognition of the so-called independence of the Georgian regions of Abkhazia and South Ossetia.