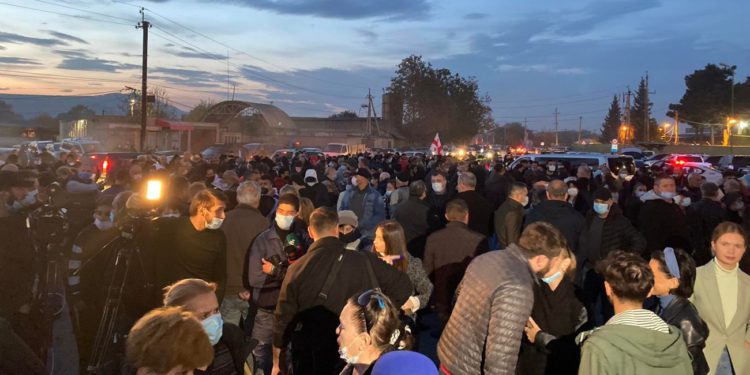 A rally is being held in front of the Rustavi prison demanding the transfer of former Georgian President Mikheil Saakashvili to a civil hospital for treatment.

According to the organizers of the rally, the protest will be permanent and it is planned to set up tents near the prison.

The opposition announced protest rallies throughout Georgia on October 31. Rallies have already been held in Batumi, Zugdidi and Kutaisi, and another demonstration was to be held in Tbilisi on November 6, but then it was decided to hold it in Rustavi.

In parallel with the opposition rallies in the regions, a rally in support of Mikheil Saakashvili was held near Rustavi prison for a whole week.

The former President of Georgia was arrested on October 1 and has been on a hunger strike for 37 days. The government refuses to take him to a civil hospital.