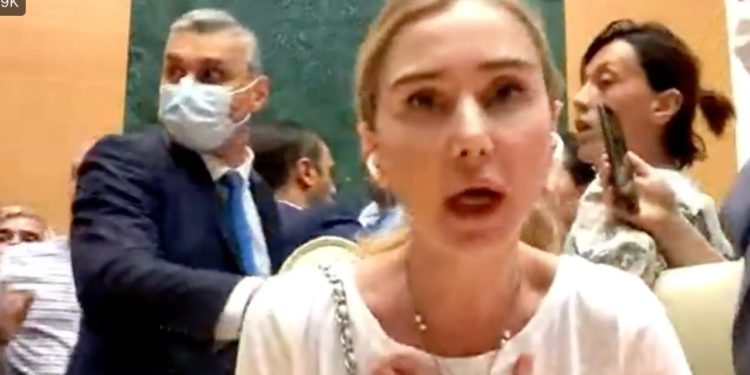 The security service of the Parliament forced opposition lawmakers to leave the session hall.

An extraordinary plenary session of the Parliament has started. 85 deputies are attending the sitting.

Prior to that, opposition groups broke into the parliamentary session hall, occupied the Speaker’s seat and displayed Georgian and EU flags, demanding the resignation of Prime Minister Irakli Garibashvili.

The opposition groups claimed that they would not allow the majority members to hold the plenary session.

Representatives of media organizations and civil society, including Vato Tsereteli and Vakho Sanaia, along with some opposition MPs, broke into the session hall.

Their annoyance was caused by the refusal to allow a permit for several journalists to enter the parliament building.

“First you, the media, were forced to leave the hall, and then we were forcibly removed from the hall because this is a regime that oppresses everyone and everything in order to maintain power. Of course, this is a violation,” said Tina Bokuchava, MP from the United National Movement.