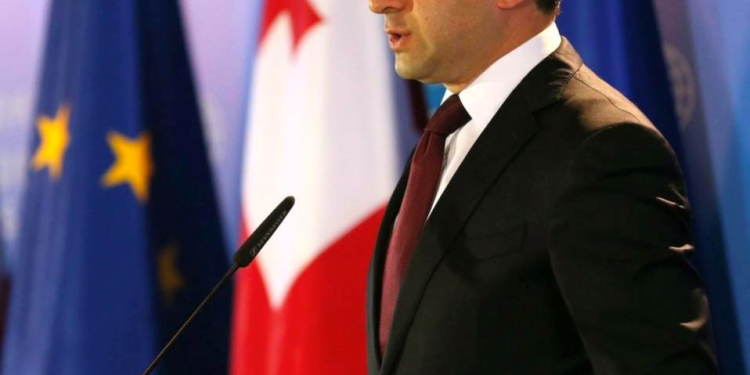 The Prime Minister of Georgia Irakli Garibashvili made a speech on September 22 at the 76th session of the UN General Assembly.” Garibashvili had an opportunity to tell the West that Georgia, a country that is also occupied by Russia, should not go unrecognized, at a session which was attended by the US president and the leaders of Western nations.

“The Prime Minister’s presentation to the UN General Assembly was yet another source of humiliation. Georgia’s foreign partners are fully aware of the situation of Georgia’s economy and the caliber of its democracy, thus our international partners cannot be deceived. International allies’ words and responses reveal that they are aware of Georgia’s ongoing issues. It would be preferable if Garibashvili took action to “fulfill the EU’s 12-point suggestion” and to meet EU recommendations in order to safeguard Georgia’s European future,” noted Levan Bejashvili the MP of the United National Movement party.

Salome Samadashvili, an MP of the Lelo for Georgia party commented that Garibashvili spoke a lot of “falsehoods” on Georgia’s late achievements, which the country “regrettably does not possess.” She stated that today, Georgians in the occupied regions of Abkhazia and South Ossetia run the possibility of being put through “the meat grinder of war in order to win Putin’s war.” Samadashvili also commented that while everyone anticipated a strategic speech on the sort of policy the West should adopt toward Russia and the kind of help Ukraine needs, Georgia squandered a significant historical opportunity.

Giorgi Vashadze, the leader of Strategy Agmashenebeli, commented “Garibashvili is a pro Russian Georgian Dream representative, and his speech was another indication of this. For instance, Russians spoke at the UN General Assembly while lying carelessly. Garibashvili also exaggerated the accomplishments of his government. It’s absurd. We are aware of the reality we inhabit. Which of the EU’s 12-point recommendations were met? What fresh policy has the parliament adopted?”