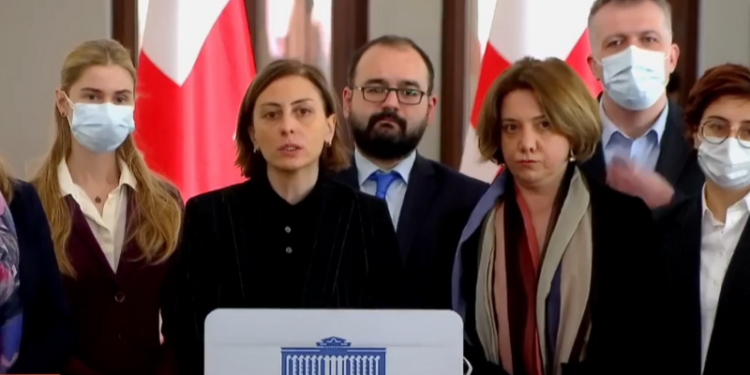 “We call on the Prime Minister of Georgia to convene an enlarged meeting of the National Security Council to discuss possible threats to Georgia and the region in the light of Russia’s renewed aggression against Ukraine, and to develop appropriate measures.

“A resolution in support of Georgia’s membership in NATO has also been initiated in Parliament. Parliament should consider and adopt a joint resolution on this issue at the next parliamentary session.

“We appeal to the Speaker of the Parliament, the Chairmen of the Foreign Affairs and Defense and Security Committees to immediately start consultations to discuss these issues,” the parliamentary opposition demanded.

The initiative was voiced by the parliamentary group “Lelo”, “Strategy Builder” and “United National Movement”.

As Ukraine and its Western partners expect large-scale military aggression from Russia in Ukraine, Georgian analysts and the opposition are criticizing the Georgian government’s “inaction.”