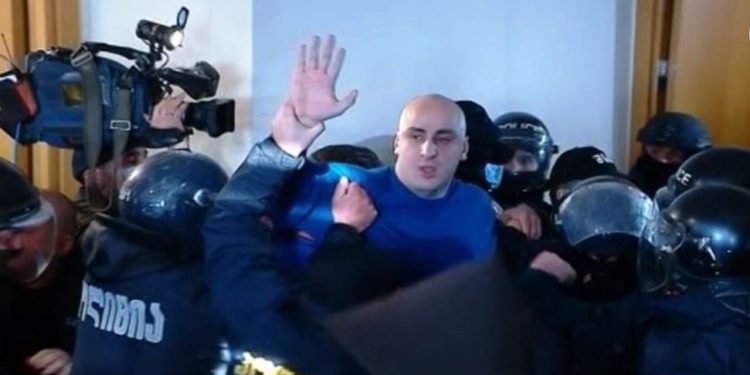 “I want to promise everyone that Nika Melia and our homeland will be free very soon.” – Khatia Dekanoidze

The leaders of the opposition parties gathered in the office of the United National Movement announced that they will meet at 15:00 in front of the government administration building to protest today’s arrest of the chairman of the UNM, Nika Melia.

“The office was raided, servers were taken away, archives were destroyed. People were poisoned in the building, several people fainted and we were not able to call an ambulance. We are going to express our protest in front of the governmental chancellery today,” said one of the party leaders Khatia Dekanoidze.

“I want to promise everyone that Nika Melia and our homeland will be free very soon,” she addressed opposition supporters.

A special task force arrested the opposition leader, Chairman of the United National Movement party Nika Melia, at the party office this morning. Before the arrest, the law enforcers sprayed pepper spray into the room.

The special operation started at dawn.