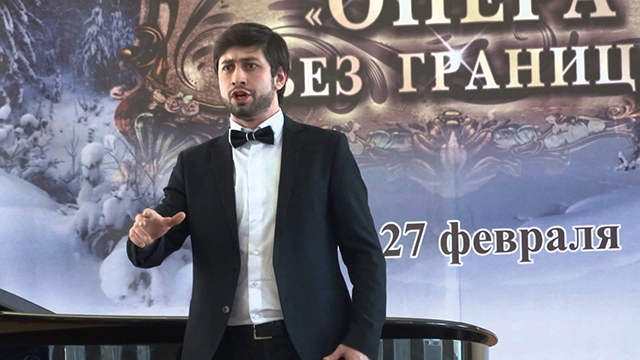 It is my homeland I came back to, and not the ‘Republic of Abkhazia’, said Mariinsky Opera House soloist Giorgi Todua after a concert in occupied Gali in 2018. Since then, Todua has not been able to return to his homeland – after he spoke those words to Georgian media outlet LivePress, and gave clear answers to several of their questions, the de facto government of Sokhumi named the incident a provocation.

Giorgi’s concert in Gali was his father’s dream, and he dedicated it to his father, calling the performance: “Father, I’m back home.” The opera singer says that under the agreement, there should have been no talk of politics that day, but sometimes “there comes a time when specific questions need to be answered.”

Todua spoke to Gisp.ge about whether he hopes to return to Gali again, how he remembers the scandalous concert of his father’s dreams, and what he sees as the key to resolving the situation between Abkhazians and Georgians.

You have not been back to Gali, your childhood home, for three years. How do you feel about that and do you hope to be able to go back again?
Of course, I hope so – hope has lived on since my childhood, since the moment we left Abkhazia. I think we’ll go back to our native land and stay there. Of course, it’s difficult when you can’t get to your own home, nor see your relatives. I expect that feeling is the same for all Georgians.

Despite a promise for your 2018 concert not to get political, did you expect to have to take a stand in one way or another on the issue raised? Did you expect to have the reaction that followed?
When the concert was planned, I decided from the very beginning that I would avoid talking to journalists as much as possible, but, unfortunately, or fortunately, there are moments when specific questions are asked which need to be answered.

You say “unfortunately or fortunately”. If you could go back to that interview, would you change the position you took?
I have taken this position all my life, and I voice it whenever I have the opportunity to, or when there is a need to do so. Do I regret that interview? There are certain moments I regret in life and others I never regret. But there are specific questions that require specific answers. You can try to avoid some questions, but when you are asked what you think about a situation, in my opinion, you should answer from the heart.

After the concert, your uncle apologized for your position. Did you hear a lot of harsh feedback about it after returning to Russia?
Of course. I expected it. I read some comments, then got some calls, even from Abkhazia, but I had to adapt to it. There’ll always be people who like your opinion, others who won’t. In my opinion, given the circumstances, this is completely normal. After a while it calmed down, but there were times after when they called me, asked me questions, wrote to me referring to that interview. Even in Russia, I have met many people who supported me in my statement, but there are also people who thought I shouldn’t have done it. I think everyone has a right to their own opinion, and I made my own decision in the moment.

You have said that arguing over Abkhazia, over whose it is, prevents relations from ever being fixed. What should the main approach be for talks to be efficient? What is the role of public diplomacy in this?
There should always be arguments, but they should be focused. The debate over who owns the land, the territory itself, and the fact that we are constantly shouting about it and saying, “ours” or “yours”, can be talked about endlessly. The moment we declare that land is ours, we forget the main factor – the people, both Georgians and Abkhazians, and those who live in Abkhazia today. In my opinion, we need to establish more communication with these people in order to share views, no matter how bad those views may sound for us or for them. 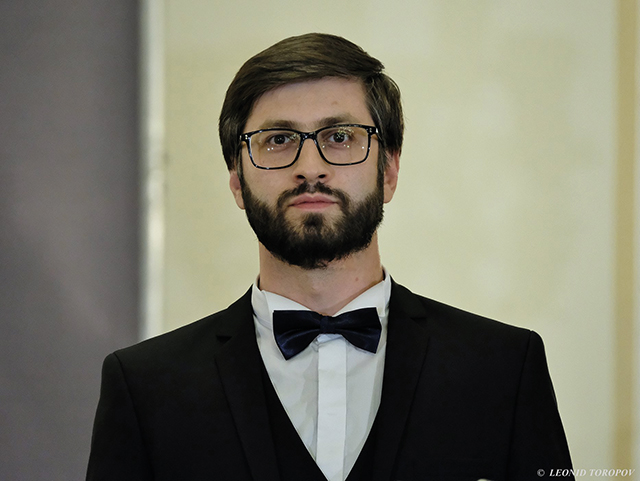 Years have passed and no tangible steps in this Direction have been seen. Years of such inaction only separate us further.
If there is inaction, of course, that will separate us. I have been in touch with young Abkhazians and I know the situation in which they have to study, what they are being taught; that they are considered enemies. And this is not surprising, because an unthinkable tragedy has taken place in the country – brothers shot each other, we killed one another, of course, with the intervention of external forces.

However, a certain period of time must pass for this to be properly analyzed, for which a relationship is necessary again with the people who live there today. If this relationship does not exist, of course, the existing problem and issue will not be resolved.

With 20% of Georgian territory occupied by Russia, people who take part in concerts or performances in Russia are often considered traitors to Georgia. In one interview, you mentioned you see this as radicalism. What approach should Georgians take to those artists like you who perform in Russia so as to neither forget the occupation nor fall to radicalism?
When an artist performs outside of Georgia, in this case in Russia, how can it be forgotten that part of our territory is occupied? I think more actors, singers, public figures, whoever they may be, should come and show their position [in Russia]. It will have more of an impact than staying at home and saying, “I will not leave,” “I will not go there,” “I will do nothing- I will be at home and shout from here at the top of my lungs that my territories are occupied”. When you work and do something for the good of your country, and at the same time you are called an enemy, it is ridiculous, if not a tragedy.

You have said you are always interested to see Abkhazian numberplates on cars in St. Petersburg, and that you try to get to know the owners. What attitudes do they tend to have towards Georgians?
About 4-5 years ago, I was sitting in a Georgian restaurant with my friends. We stayed until late and three young people came in. They sat down a little away from our table, began eating, and were enjoying themselves like us. Then we started singing the Megrelian “Asho Chela”. They joined us, and turned out to be Abkhazians. We got to know each other. I won’t say that we had constant contact after that, but we got in touch from time to time. We didn’t talk about the difficult political situation between us. We were adults and saw it that we were relatives, brothers and sisters. Anyone who understands this will look at this problem a little differently. Too many Abkhazian friends who have relatives left in other parts of Georgia cannot visit each other for some reason, and the same goes for Georgians, as well.

When communicating with each other, willingly or unwillingly, you also touch on the conflict. But this is such a delicate topic that you have to approach it so that the relationship that began when you met the person is not damaged right away. In order to make people understand your point of view, you must first get to know to each other. If we go straight to aggression and start arguing about whose Abkhazia is and “why you are there and we are not”, then the dialogue will simply not develop. Where there is no dialogue and no relationship, no truth can be found.

Tell us what you remember about living in Gali.
When the war started, I was three-and-a-half years old. I remember our beautiful yard, the orchard. My grandparents were alive then, and I remember how they cared for us, how we grew up in a warm environment. I remember our relationship with the neighbors. I remember going to kindergarten for the first time. I remember everything well. Years passed and I visited Abkhazia again at the age of 14-15, and saw a completely different picture of what was happening there.

You have three children. How would you like the future to be for them?
They are still young. My eldest son Mate is 4, Ramaz is 3 and Meriko is a year and a half. This year we managed to come to Georgia for about 20 days. I always try to raise them with the Georgian spirit, to teach them how to respect their relatives and elders, to learn about the world in detail. Then, when they grow up, of course, I will talk [about Abkhazia] and try to explain everything. Their mother is Russian, Siberian, but she is very interested in Georgian culture. She studied Georgian reading and writing and is also very interested in us, as a Georgian family, returning to our homeland and moving to Georgia. In my opinion, the biggest step for my children in being Georgian will be for them to study and live there.

Do you plan to come back to Georgia in the future? Have you had an offer to perform here since completing your education here?
When I finished musical school in Russia, I came to Tbilisi in 2005 and met Nodar Andghuladze. It was a real pleasure for me. I was in Tbilisi for exactly eight years, and I realized that the city of my dreams, my country, where I should live and study, and then continue my work, was Georgia. I didn’t want to go anywhere else. Unfortunately, as soon as I got my Master’s Degree, I had to go back to Russia. Ever since, I have been thinking every day how to get back to my homeland.

It would be very easy to take my whole family and come to Georgia, but due to the social situation, there are no conditions for me to live there just yet. I’m not a person who looks for luxury, in fact, I avoid it, and I really want to live in Georgia, but so far it just hasn’t worked out. I don’t see any support from the Georgian side, and, to tell you the truth, I don’t ask for it – I consider myself an independent person and I always try to do everything by myself. But unfortunately, my return does not seem to be a realistic possibility just yet.