Only Half of Domestic Violence Victims Call Police for Help, Study Says 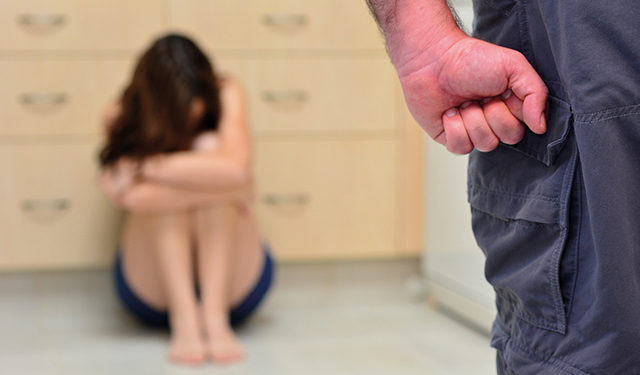 As the world sees an increase in domestic and gender-based violence amid the pandemic, the United Nations Development Program (UNDP) and the UK Government are working with the Ministry of Internal Affairs in Georgia to assess the effectiveness of state services provided to victims.

“Human rights protection is our priority, supported by the ongoing reforms in the Ministry of Internal Affairs and the measures undertaken during the pandemic,” said Deputy Minister of Internal Affairs Aleksandre Darakhvelidze. “We are working with public agencies and international partners to ensure efficient response to domestic violence in pandemic conditions.”

Research carried out by the Georgian non-governmental organization “Sapari” in March-June 2020 suggests that nearly half of all victims of domestic violence refrained from seeking help from the police.
The quantitative part of the research was based on phone interviews with 76 women victims of domestic violence from Tbilisi and the regions. Respondents were selected randomly from a database maintained by civil society organizations. The qualitative part of the research draws on focus group discussions with ten lawyers and ten police officers, and 15 in-depth interviews with beneficiaries of three NGOs: Sapari, the Anti-Violence Network and the Georgian Young Lawyers’ Association.

Among the main findings:
> Only 44% of victims used the 112 emergency number to call the patrol police.
> Of those who called 112, 71% were dissatisfied with the service they received.
> 56 percent of victims opted not to call 112, but only 10% went to a police station.
> 27% of victims said they preferred to consult with NGOs rather than contact authorities.

Those who did not call 112 cited a variety of reasons: lack of trust (35%), lack of awareness (30%); and long wait times (18%). The slow response times reported in the survey may stem from use of the 112 emergency number as a COVID-19 hotline. The survey was conducted before additional 112 extensions were added in November 2020 for urgent medical assistance (112); fire and rescue (112/1), which covers assistance to victims of domestic violence; and COVID-19 support (112/2), which may have reduced wait times.

Of those who called the patrol police, 42% say it took 10-15 minutes for police to arrive and 58% said it took longer. 39% observed that police officers were not considerate to the victims, with some quoted as saying that “the pandemic situation is not the right time to worry about domestic violence.”

Half of all respondents thought that pandemic lockdowns had a negative impact on police operations. Many cited difficulties in getting to the police station owing to limits on public transportation imposed to control the virus. 88% of all respondents were convinced that police do not provide online investigative services – something that the MIA noted was impossible given current regulations governing the collection of evidence.

“Around the world we are seeing that gender-based violence is a shadow pandemic,” said UNDP Head Louisa Vinton. “Our research is designed to help the responsible authorities identify and remedy weaknesses in the systems set up to prevent violence, assist survivors and prosecute offenders, despite pandemic limitations.”

The Ministry of Internal Affairs reports that the number of restraining orders issued to protect victims of domestic violence increased from 5,521 in February-July 2019 to 5,699 in the same period of 2020. 85% of survey respondents who requested restraining orders against perpetrators said they were granted.

“The UK is proud to be supporting work to improve services for victims of domestic abuse. The nature of the pandemic has created particular challenges to ensuring widespread awareness of and access to confidential support, advice and refuge,” said British Ambassador Mark Clayton. “I am pleased to see that the Ministry of Internal Affairs and the CSO Sapari collaborated effectively on this research. The evidence provided from the research should help policy-makers design improved services for victims of domestic violence.”

A Rapid Gender Assessment of the COVID-19 situation in Georgia conducted last year by UNDP in partnership with UNFPA and UN Women showed that awareness of survivors regarding available support services is low.

Research on police effectiveness in providing services to victims of domestic violence is part of a broader UK-funded programm supporting public administration reform in Georgia that UNDP implements in partnership with the Government and public agencies.