Ondrej Soukup: Russia Looks at the Czech Republic as a Younger Brother that Has to Listen to Moscow and Behave 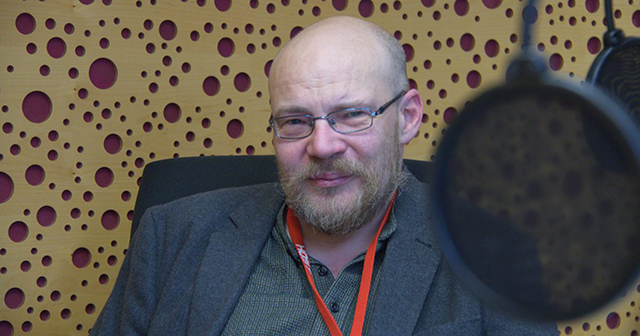 “Moscow says ‘yes, yes, Czechia is a very nice place, with some entertaining hobbits living there, brewing perfect beer, but they aren’t supposed to decide anything for themselves, not while we are around to do that for them. So what’s the point in talking to them? We have to talk to Berlin, London, Paris instead.’” – Ondrej Soukup.

As the diplomatic standoff between Prague and Moscow continues, it is as yet unclear what price the Kremlin will have to pay. This was the principal question GISP asked Ondrej Soukup, journalist at the Czech economic daily Hospodárské Noviny, to shed a light on.

How will this impact the relationship between the Czech Republic and Russia, especially considering the current Czech leadership’s reputation as one of the most Pro-Kremlin in all Europe?

I think that in order to analyze the current situation, it would be helpful to look at the background first. For years, the Czech Republic was very reluctant to get into any kind of conflict with the Russian Federation. For that reason, we weren’t able to persuade the Russians to downsize their contingent at their gigantic embassy, despite the fact that our security services repeatedly, for the last 15 years at least, have been claiming that at least one third of the excessive number of Kremlin diplomats in the country are working for the Russian intelligence services. So, in a way, what has happened has been a blessing in disguise.

Another issue worth considering is the dismissive attitude towards the Czech Republic from Russia. On one hand, Russia’s general enmity towards the West is an exacerbating factor, but Russians also look at the Czech Republic as some kind of younger brother that has to listen to Moscow and behave. They don’t consider us as a sovereign country. They say ‘yes, yes, Czechia is a very nice place, with some entertaining hobbits living there, brewing perfect beer, but they aren’t supposed to decide anything for themselves, not while we are around to do that for them. So what’s the point in talking to them? We have to talk to Berlin, London, Paris instead.’

Both of these factors helped to unite most of the Czech political scene and the public, and helped them to reach an understanding that there is no point in speaking with Russia, because they will only hear what they want to hear.

The latest headline in the Czech vs. Russia row was claimed by President Zeman, who, after a week’s pause to collect his thoughts, issued yet another divisive statement. For many, the President saying he was not sure whether GRU was involved in the Vrbetice incident comes straight out of Kremlin’s notebook. What’s your take?

To be honest, I expected worse. There is something for both sides in his statement: for the Russians, it obviously stops at him saying there is no proof the GRU agents were there. But he also said that it is highly likely that they were there and that he has complete trust in the Czech police forces and the state prosecutor in charge of the investigation. Over the years, Zeman has mastered the art of political trolling.

Three years ago, during the Skripal incident, he cheerfully announced that Novichok could have been produced in the Czech Republic as well, that we have the necessary capacity to create chemical reagents. Which technically is correct, and he got his headlines. Almost nobody remembers his statement in the spring of 2014, when he proposed that the NATO states should send their armies to defend Ukraine from Russian aggression. After stunning everyone with that remark, he helpfully added: ‘if it is indeed Russian aggression. But I spoke to FM Lavrov and he assured me there are no Russian soldiers there, so there is no need to send armies after all.’

The Czech Republic requested solidarity expulsions of Russian diplomats from the EU and NATO. You received verbal support, but so far only Eastern European countries have actually expelled diplomats. In Western Europe, this Czech request seems to have fallen on deaf ears. Why?

I think it was a big mistake made by Czech diplomats to act so spontaneously about that without pre-negotiating. There are 27 countries in the EU, and let’s be real, the Russia issue is not equally important for all of them…or so they think. So you need preparation, negotiations and not spontaneous decisions. This is not how things are done.

The initial response from the Kremlin, once the newly-appointed Czech FM demanded parity on the number diplomats, was that “ultimatum talk” won’t work with Russia, and yet they had to accept this from the Czechs. What is the rationale behind it?

I believe Russia didn’t want to close down their embassy, and they realized it would inevitably happen if they didn’t agree to the Czech side’s demand.

Russia has ended up a loser on both the diplomatic and economic fronts: the Sputnik vaccine deal seems to have fallen through, and Rosatom is excluded from the Dukovany nuclear power plant project, a loss of $6 bln. What repercussions should Prague expect from Moscow?

Last year, Czech exports to Russia amounted to $2.5 billion, but around half of them belonged to companies working in the nuclear energy field, including one owned by Rosatom itself. So they would harm themselves if they resorted to banning or embargoing Czech production such as beer; 80% of Czech beer sold on the Russian market is made in Russia, manufactured locally by companies who have obtained the license, so once again Russia would be harming its own business sector. That, and Russian beer drinkers, who would have to contend themselves with subpar Russian beer instead. The Russian market constitutes only two percent of overall Czech export, so I think we could easily survive such a loss.