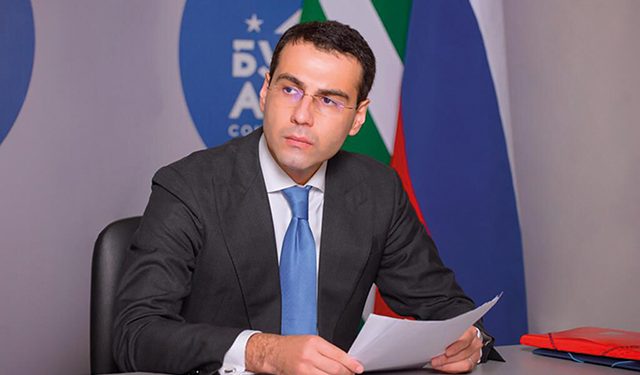 Shared with permission of the author and GFSIS.

After the end of the 1992-1993 Abkhazian war, the local civil sector in the de facto Republic of Abkhazia became a reasonably considerable force, which, with the support of international organizations, has been actively involved both in the daily life of Abkhazia and in the Georgian-Abkhazian civil dialogue process for the past three decades. This did not change even after the 2008 Russian-Georgian war. However, from November 2021, the activities of non-governmental organizations in the occupied Abkhazia region have been under threat, with the production of such policies intensifying, the ultimate goal of which is assume full control over the activities of the local civil sector and international organizations.

The Law on “Foreign Agents”
International organizations do not recognize Abkhazia as a subject of international law, however, Western organizations and foundations, with the consent of the Georgian government and with the involvement of the local civil sector, are actively implementing various projects on the occupied territory. Those in Abkhazia have always feared that Official Tbilisi could at any moment stop the activities of international organizations in the de facto republic and, therefore, access to Western funds, yet the threat comes from another side – from Russia.

On November 12, 2020, the ‘Program for the formation of a single social and economic space between the Russian government and the de facto authorities of Abkhazia, based on the harmonization of the legislation of Abkhazia with the legislation of Russia’ was approved. As per the 37TH measure of the program, the Abkhazian “legislation” should come into conformity with the Russian legislation, which will regulate the activities of non-profit organizations and “foreign agents.”

Since 2012, Russia has been granting the status of “foreign agent” to those organizations and individuals who receive support from abroad or are under foreign influence. This issue became relevant in Abkhazia in November 2021, when Inal Ardzinba, a former high-ranking official of the Russian Presidential Administration, was appointed as the Minister of Foreign Affairs of the de facto regime.

What Does Ardzinba Dislike and What Does He Demand?
In Abkhazia, they believe that Inal Ardzinba is a “man of Moscow” who has good connections and support in the Kremlin. Control over the activities of non-governmental and international organizations is dictated by Russia, which wants to establish Russian rules in the de facto republic. Ardzinba has to show that he can pursue Russia’s interests and, therefore, gain the status of the most important person in the Russian-Abkhazian relationship.

Ardzinba has made many critical remarks towards international organizations. As per his assessment, the activities of these organizations are aimed at obtaining intelligence and promoting the implementation of the Engagement without Recognition Strategy (referring to the European Union’s strategy, which includes involvement in the conflict regions of Georgia in terms of providing humanitarian and economic aid, without recognizing the status of those regions). He claims the main goal of these organizations is the soft integration of Abkhaz society into Georgian society through humanitarian aid, conferences, educational trainings, and active work with young people.

Inal Ardzinba’s request is that the main field of their activities should be humanitarian and not include political projects. Further, that these organizations should agree on projects on the territory of Abkhazia in advance and submit reports on their implementation, lists of employees, and data on sources of financing. There is a similar requirement when it comes to the preparation of meetings with the Georgian side or the implementation of any kind of project.

Ardzinba’s Campaign of Attack
Inal Ardzinba has made direct attacks on international organizations. Below are some examples:
• On November 29, 2021, Ardzinba summoned representatives of international non-governmental organizations working on the occupied territory of Abkhazia, who were directly requested to conclude a mandatory agreement with the “ministry” on all planned projects.
• A meeting between Ardzinba and a representative of the United Nations Development Program in Abkhazia on January 19, 2022 was particularly scandalous. Ardzinba said that some of the projects being implemented in Abkhazia were unacceptable. In particular, talks touched upon the sociological research conducted on the territory of Abkhazia in 2021, which dealt with internal political issues of Abkhazia and studied the possibility of establishing relations with the Georgian side. Ardzinba also considered it unacceptable to implement the COBERM project, which aims at establishing a direct dialogue between Abkhazians and Georgians at the level of experts and young people.
• On April 8, 2022, at a meeting with representatives of UN agencies and international non-governmental organizations, Ardzinba announced the suspension of ‘Improving local governance with the help of inclusive approaches in the field of development’ – a project of the Movement Against Hunger international organization. The Abkhazian side expressed displeasure that the involvement of Abkhazian and Georgian youth in intercultural dialogue was planned within the project, about which they had not been provided with sufficient information.
• On September 12, 2022, French citizen Tiffen Lucas was accused of “obtaining intelligence information” and was declared a persona non grata. Lukas was in charge of the United Nations Food and Agriculture Organization’s project in Abkhazia, which was aimed at preserving local grape varieties. Ardzinba did not particularly like that the project was being carried out in the village of Primorskoe, Gudauta, near the Russian military base. Later, Ardzinba suggested that the project should be implemented in another place.
• On September 22, 2022, another Ardzinba target appeared in the Berghof Foundation. He urged the residents of the occupied territory not to cooperate with the German foundation. According to Ardzinba, meetings and online discussions between Abkhaz and Georgian youth had been held for years at the initiative of this foundation.

Response of Non-Governmental Organizations
At the initial stage, Ardzinba’s initiatives were met with harsh evaluation by local civil society. Hundreds of people signed an appeal to the de facto authorities, expressing their concern that the debate over the “foreign agents” law had reached a new level, and that the adoption of such a law would bring negative results and damage the international image of the de facto republic. Yet, recently, protests on this issue have calmed down and civil sector discontent is less heard in the public space.

The “Public Defender,” Asida Shakril, also disagrees with the adoption of the law on “foreign agents.” On June 8, 2022, during his annual report before the de facto parliament, he said that the public is confused by the idea of the need to adopt a law on “foreign agents,” one which does not reflect the Abkhazian reality. According to Shakril, this initiative is aimed at on the one hand limiting Abkhazia’s external ties, and on the other hand, limiting rights and freedoms within Abkhazia.

What Others Say
Unlike Ardzinba, other leaders of the de facto regime are less critical of the activities of international organizations. They do not publicly criticize their presence, and see opportunities for developing relations with the outside world. For example, on April 13, 2022, de facto Prime Minister Alexander Ankvab hosted a delegation of the United Nations Development Program. Ankvab thanked the guests for their help in the fight against the pandemic and discussed issues of cooperation in the field of healthcare and agriculture.

What They Say in Russia
As a rule, Moscow avoids criticizing the de facto government of Abkhazia in the public space. In this regard, most active are the Russian “ambassadors” in Abkhazia, who periodically make critical statements. Strangely, a lot of criticism was heard on May 25 at a Russian-Abkhaz working meeting of the Committee for Commonwealth of Independent States Affairs, Eurasian Integration and Relations with Compatriots of the Russian State Duma. Ardzinba also attended the meeting. The Chairman of the Committee, Leonid Kalashnikov, reprimanded the Abkhazian side for the slow pace of adopting the legislation on “foreign agents”.

Main conclusions
• Attempts to limit the activities of local non-governmental and international organizations in Russian-occupied Abkhazia are aimed at establishing complete control over them, which is carried out on the Kremlin’s order and is due to a desire to introduce the Russian model in the occupied region. Such activity on the part of Russia comes from the fact that the activities of Western organizations in Abkhazia and other occupied regions are perceived as a threat to Russia’s interests.
• Inal Ardzinba is a leading figure in this process. As soon as he was appointed as “minister,” he has been trying to stop projects financed by the West. If full control is established over the activities of non-governmental and international organizations, its influence will increase both in the de facto republic and in relations with Russia. Passing the law on “foreign agents” will demonstrate that he has managed to do something in a short time that other members of the de facto government have not been able to do.
• Ardzinba’s activity in the current process, while other representatives of the de facto regime are more moderate on this issue, indicates that the local political elite has a different opinion, although expressing it openly means going against Russia, so they prefer to remain silent.
• If the law on “foreign agents” is adopted, the local civil sector and international organizations will be forced to continue their activities under a number of restrictions, and only on apolitical and neutral issues. This will have a negative impact on local, more or less developed civil organizations, as well as on the prospect of bilateral dialogue/relations with the Georgian side.

What Could Prevent This?
The intensification of the campaign against international organizations and relatively passive opposition within the de facto republic on this issue indicates that the situation for the local civil sector and international organizations is set to become even more difficult. The most important factor that can stop/slow down this process is the defeat of Russia in Ukraine, during which this issue will lose its meaning and relevance for the Kremlin.