In the Roman Empire, with Latin as the official language, the nationalist spirit of illustrious Greeks was respected by the issue of some Imperial coins with the Greek legends (inscriptions). Caesarea in Hellenistic Cappadocia was large and very important Imperial mint, which struck such money for a long time.

Similar gesture towards the Georgians, the most ancient Orthodox people, was made by the Russian Imperial authorities. This benevolence, however, did not last long.

At the beginning of the 19th c. Eastern Georgia became a part of the Russian Empire. The old Tbilisi mint was closed. This measure produced a shortage of silver and copper coins. The money  sent from Russia could not fill up the emerging shortfall, as the dispatches were slow in reaching Tbilisi. The Imperial administration and courts were paid in assignations and chervonetsy – Dutch ducats, called lobanchiks. The army needed even more money to procure local supplies. And the local population neglected assignations seeing how the taxes were collected in old silver money. Scarcity of silver lowered the rate of Russian gold coin, which was quite high elsewhere in the Empire. Merchants had good profit thanks to a low exchange rate of gold, and the prices went up. Cheap Iranian goods flooded the Georgian market taking back coins, thus making crisis even more severe.

The situation was to be changed. Preparations were made for the reorganization of the old Tbilisi mint, then under Russian control. The Imperial authorities decided that the future coin, with ostensible Georgian features, would be struck according to the Russian monetary system. Tsar Alexander I ordered “to put nothing Russian” on the Georgian coins.

On September 15, 1804 the mint was inaugurated in the former royal bath and celebrated by the issue of a commemorative medal.

The Russian government imposed a unified type for silver and copper coins struck at Tbilisi. 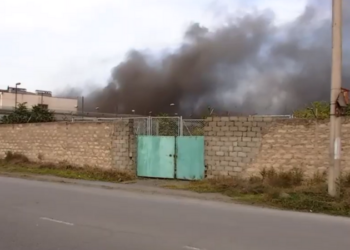 Nika Melia: We’ll Continue to Fight until Saakashvili is Released