No More Short Wars. What Can Georgia Do to Survive? 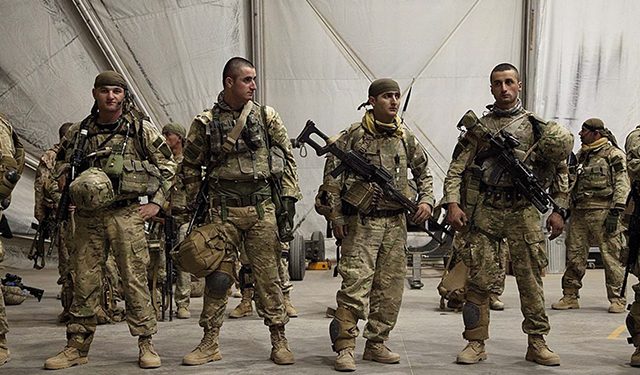 The face of war has changed. With the recent wars in Syria, Africa, Ukraine, and the Philippines, few had been blind to this. However, there are some of the changes that are happening below the surface that may go unnoticed by some. The comparisons to history’s wars and their structure bring an interesting light to what is becoming the norm for future conflicts.

The idea of a relatively short, contained, and easily defined war is disappearing. Wars of tomorrow are turning into long campaigns that encompass more functions than a traditional army can sustain. One look at Ukraine shows us how the key resources of manpower, munitions, and morale are not as sustainable in a drawn out conflict as they might be in a short war.

These long wars are taxing on troop numbers, ammunition reserves, and the willingness of the soldiers to continue the fight. All three are items many nations don’t possess in large enough quantities for sustained campaigns. Modern post-Cold War armies are small and highly professional, but lack the ability to rapidly refill their rank due to high technical requirements. This would be akin to having to replace an entire software development department within six months, and still stay competitive in the market.

In Ukraine, both sides are vehemently committed to holding the territory they have, as well as taking more. As the human and political investment increases in the conflict, the likelihood of either backing down decreases. This creates a fertile environment for a long war that drags on almost indefinitely. However, unlike wars like Iraq and Afghanistan, the intensity and turnover of man and material is exponentially higher.

For a country like Georgia, the very thought of losing the numbers of soldiers that either Ukraine or Russia have is unfathomable. With a strength of only approximately 40,000, Georgia couldn’t hope to sustain itself in war like Kyiv finds itself in now. Additionally, the cost in munitions and vehicle losses would render the nation almost defenseless rapidly. 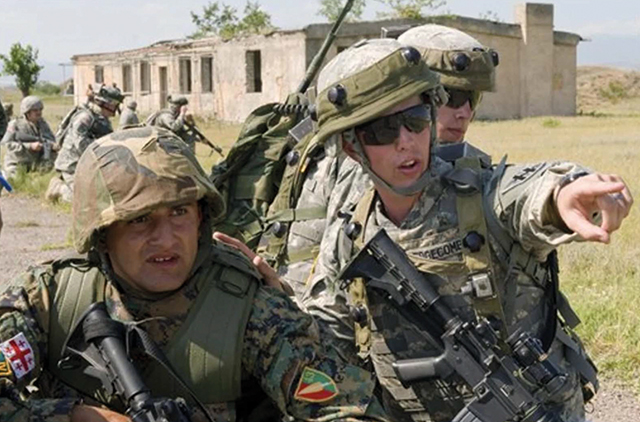 Georgian and US servicemen during a military training exercise outside Tbilisi, Georgia, prior to the 2008 war. Photo by Cliff Patrick / APThe first issue of manpower, and its replacement, in a long war may seem like an easy problem to solve. Georgia’s existing conscription program may have the scalability to accept thousands more than it already does. Every year, around 10,000 young Georgian men arrive to undergo basic training for a 12-month conscription service term. However, this training is inadequate for troops destined for frontline service.

Most Western militaries require 5 to 6 months before a soldier can be considered fully trained. With the war in Ukraine only five months in, the new recruits would only be arriving at the front now. Georgia would not be able to sustain this. A movement to a modified recruitment, training, and unit personnel fulfillment model needs to be pre-planned by the Ministry of Defense. This model would have to be a condensed yet comprehensive course, specifically designed to produce fighters and not particularly soldiers. A 120-day warfighting course complete with combat skills, tactics, medical, and communications would need to be devised and tested. Additionally, this would only be able to be conducted in small groups, in continuous rotation, to keep Georgian units in the fight supplied with fresh replacements for their casualties.

Supplying these units in combat with adequate ammunition and replacement arms would be another daunting challenge for the nation. Georgia has already launched production of its own service rifle, the GI-4, through Delta CAA Arms. A copy of the American venerable M-4 rifle, this is a more than adequate rifle for the armed forces. However, being able to produce numbers of these to replace battlefield losses and new recruits is questionable.

Supplying the ammunition, equipment, and replacement vehicles would almost certainly be unattainable for the current industry sector in the country. Trade and industry agreements such as those between NATO and EU members may be able to support this eventuality. However, arms-specific agreements could prevent a constant need for arms shipments, the likes of which Kyiv pleads for weekly.

An example of this shortcoming is the shortage of FGM-148 Javelin Anti-Tank Guided Missile (ATGM) systems and FIM-92 Stinger Man-Portable Air Defense Systems (MANPADS). At the time of writing, the United States needs at least four years to replace the number of Javelin ATGMs they have sent to Ukraine over the past five months. Additionally, it could take up to five years to replace all the Stinger MANPADS that were sent.

Georgian industry, while well developed, would be unable to support a long and costly conflict. In the event of a prolonged fight, Tbilisi would be forced to turn to the West, like Ukraine, to support its sovereignty. The only way to circumvent the possibility of being overrun due to a lack of arms and munitions is to ensure these supply pathways are established ahead of time.

Finally, the military and public morale aspect of the nation will need to be bolstered. While the public would support the national defense mission for the first year, any more could turn the people war-weary and make them urge the government to sue for peace. For a foe such as Russia, that means total annexation.

For distant foreign missions, encompassing governmental restructuring, army building, and civil society program administration, Georgia is not yet prepared. However, for domestic missions and the preservation of the country itself, these three points have to be reckoned with ahead of a potential conflict.