Ninia’s Garden – A Special Restaurant to Discover in Old Tbilisi 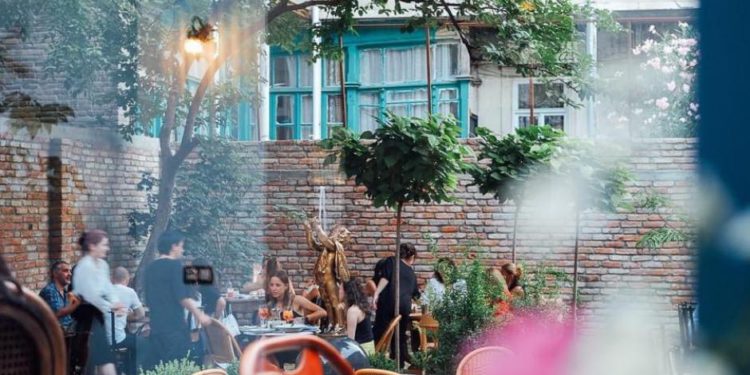 In the Old Tbilisi district, at 97 Uznadze Street, in an Old Tbilisi house, there is a restaurant called ‘Ninia’s Garden,’ distinguished by its atmosphere, delicious food, and beautiful garden. Cuisine there revolves around Georgian dishes, but you will also find a touch of the Middle East. To find out more about Ninia’s Garden, we spoke to the founder, Chef Meriko Gubeladze.

“About 2 years ago, a friend offered us an amazing space to open a restaurant in. Since this house is located on the left bank of the Mtkvari River and also has a beautiful garden, it reminded us of Ninia Zaridze, a 20th century merchant from Vorontsovi, who had her own garden and who let lovers visit the garden for free. At that time, the ‘public’ gardens of Tbilisi required payment. The Georgian expression ‘Do you think it is Ninia’s Garden?’ comes from here. We liked the history of this strong, liberal merchant, and named the restaurant Ninia’s Garden. And, to continue Ninia’s legacy, every guest gets something for free at the restaurant, be it a dessert, drink, or something else,” says Meriko. 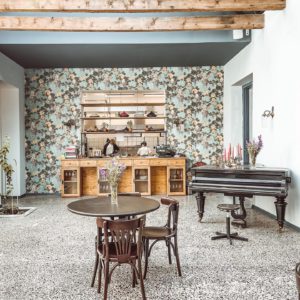 She notes that the restaurant was opened by three friends who wanted to create a space where everything revolved around the kitchen, with a lot of experiments, dishes which were mostly variations on a Georgian theme, as well as a touch of Middle Eastern cuisine from which Georgian cuisine has many influences. 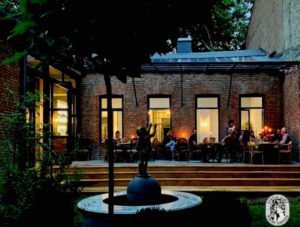 “The space and design of the restaurant is very impressive. I think guests immediately feel a positive aura. A very hospitable family lived in this house, and we continue their friendly tradition.

“The idea of ​​opening this restaurant came about 2 years ago, we even joked with each other: when the first Chinese sneezed in Wuhan, that is when we signed the contract. Of course, we could have terminated the contract once the covid difficulties began, but we also knew that an amazing new space would be added to Tbilisi and so refused to give up on the initiative.

“As expected, the repair process got complicated in the pandemic, but we’ve been open for 2 months now and we’ve put those hard times behind us. The customers give us this feeling of satisfaction, as, of course, there’s nothing as important for a chef as a delighted guest. Even though the restaurant business suffered a lot during the pandemic, we’re still doing well and we hope we will continue to do so,” Meriko tells us.