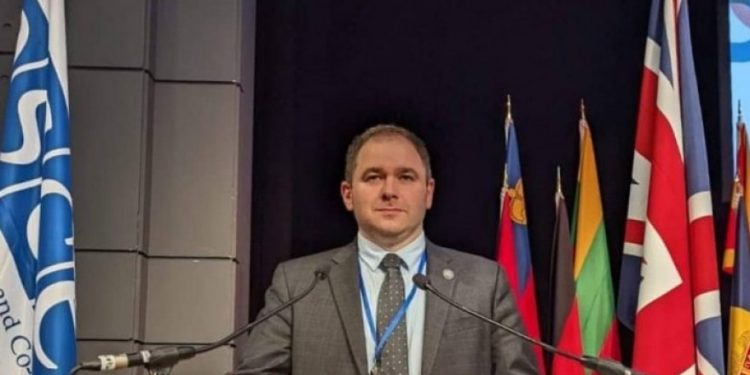 Nikoloz Samkharadze, Chairman of the Foreign Relations Committee was elected as Chair of the Democracy, Human Rights and Humanitarian Affairs Committee of the OSCE Parliamentary Assembly.

Three committees operate within the Assembly, and the mentioned committee represents one of the most important formats in the assembly.

By being elected to the position of Chairman of the Committee, Nikoloz Samkharadze also became a member of the main decision-making body of the Assembly – the Bureau.

Samkharadze has worked as the Chief of Cabinet of the Speaker from 2016 to 2020, managed Border Management Programmes in South Caucasus at the United Nations Development Programme from 2010 to 2016, and served as the national expert for the Office of the European Union Special Representative for the South Caucasus from 2005 to 2010.

He is Head of the delegation of Georgia to the OSCE Parliamentary Assembly.