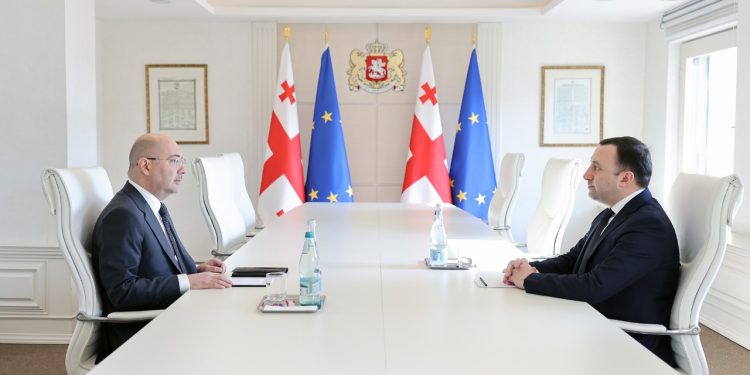 Irakli Garibashvili, Prime Minister of Georgia met Nikoloz Laliasvili, Ambassador Extraordinary and Plenipotentiary of Georgia to the Republic of Kazakhstan upon his appointment to the diplomatic position today.

The meeting held at the Government Administration was focused on the main directions of current cooperation between the two countries.

Garibashvili congratulated Nikoloz Laliashvili on his appointment and wished him every success in his future endeavors.

On his part, Laliashvili expressed his gratitude to the Prime Minister for the demonstrated trust.

Laliashvili has a long track record of working for the civil service of Georgia. At various occasions he worked at the Ministry of Defense, National Security Council, Ministry of State Security and United Energy Distribution Corporation. Laliashvili was a Member of Parliament (MP) of Georgia as well. His previous engagements include positions held as a Political Editor at Maestro Studio, Deputy General Director and later a General Director at Imedi TV.

Tags: Ambassador Extraordinary and Plenipotentiary of Georgia to the Republic of Kazakhstan
ShareShareTweet