Nika Melia: We have to Finish Work Started at End of October and that End is Victory 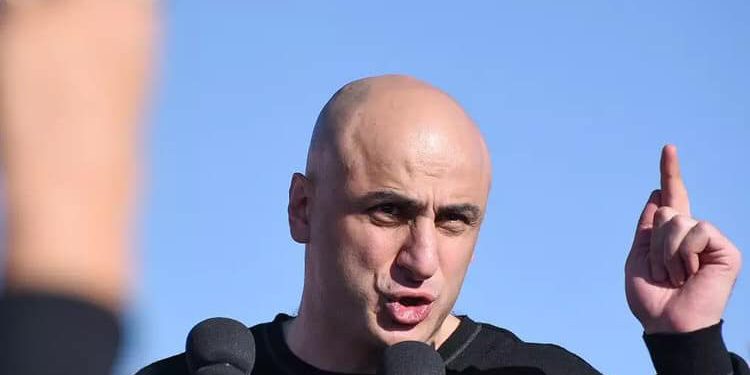 “No-one made Misha come back and go where he is now, but now Mikheil Saakashvili is much freer than Bidzina Ivanishvili,” said Nika Melia, the National Movement’s Tbilisi mayoral candidate, at a rally outside Rustavi prison today.

He noted that nothing strengthens a political prisoner as much as the encouragement and attitude of the people.

“We must finish the work that started at the end of October. Completing the work is a victory, we must win Tbilisi, Kutaisi, Poti, Telavi, and all the cities where we have already defeated Ivanishvili in an unequal battle,” Melia said.

The mayoral candidate said they would defend each vote, adding that Saakashvili had given them an example of how to fight.

Members and supporters of the United National Movement (UNM) gathered near the 12th penitentiary facility in Rustavi, where former President Mikheil Saakashvili is detained, demanding his release.