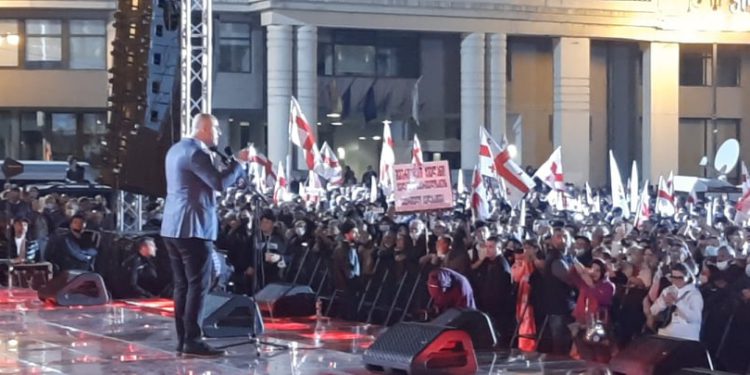 Nika Melia of the United National Movement Party, and candidate for Tbilisi Mayor in the upcoming second round of elections, read out Misha Saakashvili’s letter to supporters gathered at the Freedom Square rally tonight. Saakashvili, who is on hunger strike in prison, says he is ready to fight to end the Ivanishvili regime.

Melia himself commented: “I’ve been through political repression, and I know very well what it means to be in political custody. I’d never wish it on anyone. I believe Misha has an undeniable and unconditional right to be free in his homeland.”