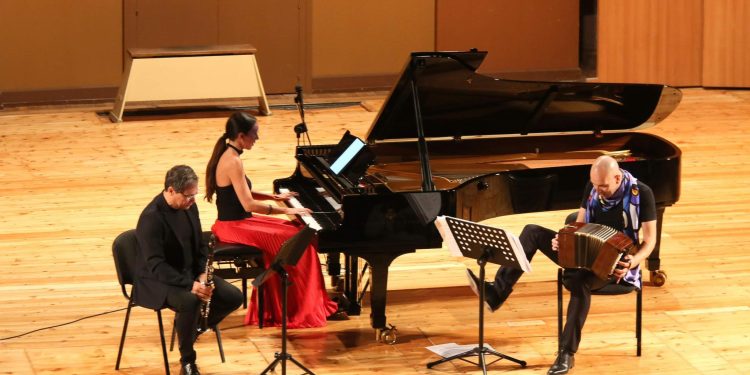 Giorgi Isakadze, the artistic director of the festival, addressed the audience: “This year is the anniversary of the traditional international festival “Night Serenades”. The world-famous violinist and conductor Liana Isakadze founded it in 1982 in the most beautiful part of Georgia – Abkhazia. 40 years have passed since then. Over the past decades, the festival has become an integral part of Georgia’s recent cultural history and continues to delight numerous loyal fans with its innovation and diversity. I would like to congratulate its founder, Liana Isakadze, and all the people who worked tirelessly for years to hold the festival at a high artistic level on this remarkable date. This time, the stars of classical music visited the anniversary festival: from Italy – pianist Gloria Campaneri, who is named the European Ambassador for Culture, famous clarinetist Alessandro Carbonare and star bandoneonist Mario Stefano Pietrodarki; From France – violinist Andres Gabetta, recognized as the best performer of Baroque era music; from Germany – the world-famous clarinetist Sabine Grofmayer; From the United States of America – one of the outstanding pianists of the contemporary world, Katie Mahan. At the concert evenings in Batumi, pianist Katie Mahan presented the project – “From Salzburg to Brooklyn” and clarinetist Sabine Grofmayer presented an unforgettable evening with a varied and interesting musical program.

“Regarding Tbilisi, the first concert evening featured the project “Astori”, which was dedicated to the 30th anniversary of diplomatic relations between Italy and Georgia, and the final concert – to the 30th anniversary of diplomatic relations between France and Georgia. We gave concerts filled with boundless emotions and joy to all participants of the festival and lovers of classical music. I would like to mention that the world-famous writer and music critic Alessandro Bariko visited Georgia for the first time at the invitation of the festival, who gave the Tbilisi concert the highest rating in a television interview. I would like to thank the festival director Nina Tsagareli, the members of the organizing team, all the musicians participating in this year’s festival, representatives of the diplomatic corps supporting the festival, state structures, private organizations and media partners.”

Enrico Valvo, Ambassador of Italy to Georgia, stated: “It is a great honor for me to once again address the loyal listeners of one of the most popular festivals in Georgia, “Night Serenades”. The festival traditionally offers concerts with the participation of famous musicians. The Embassy of Italy in Tbilisi is pleased to support the Italian pianist Gloria Campaneri and the principal clarinetist of the National Academy of Santa Cecilia Orchestra, Alessandro Carbonare, who appeared before the audience together with one of the best Italian bandoneonists of our time, Mario Stefano Poetrodarki, and performed the immortal melodies of Astor Piazzolla in their own interpretation. I wish the participants of the festival great success, and the listeners to enjoy the unforgettable pleasure of the concerts for a long time.”

Diego Colas, Ambassador of France to Georgia, said: “On behalf of the Embassy of France and the French Institute of Georgia, I would like to sincerely congratulate the founders and organizers of the excellent and highly prestigious festival “Night Serenades”. It is with great honor and pride that we join the extensive list of partners of this year’s festival. The “Night Serenades” festival is of great importance, as it serves to preserve and develop the centuries-old genre of classical music. The festival is a real arena for young artists who may prove to be great geniuses in the near future. Indeed, the festival has hosted many such musicians throughout its long history. We wish this year’s participating artists a successful and brilliant career, so that they will always be at the forefront of art and beauty. Special thanks to the founder of the festival, the famous Georgian violinist and conductor, Mrs. Liana Isakadze, the artistic director of the festival Giorgi Isakadze, the director of the festival, Mrs. Nina Tsagareli and the amazing team, thanks to whose tireless work such an important festival is possible.”

The concert evenings of the festival were held on September 17 and 18 in the great hall of the Vano Sarajishvili Tbilisi State Conservatory. The world stars of classical music took part in the Tbilisi concerts of the XIV Batumi-Tbilisi International Festival “Night Serenades”. On September 17, the trio Gloria Campaneri (piano), Alessandro Carbonaresa (clarinet) and Mario Stefano Pietrodarki (bandoneon) presented themselves to the audience. They presented the concert “Astor” and his concert program included works by Astor Piazzolla. The concert was dedicated to 30th anniversary of diplomatic relations between Italy and Georgia.

On September 18, violinist Andres Gabetta and the main orchestra of the festival “Georgian Virtuosos” participated in the final concert of the festival. The audience rewarded the musicians participating in both concerts with loud applause and long-standing ovations. 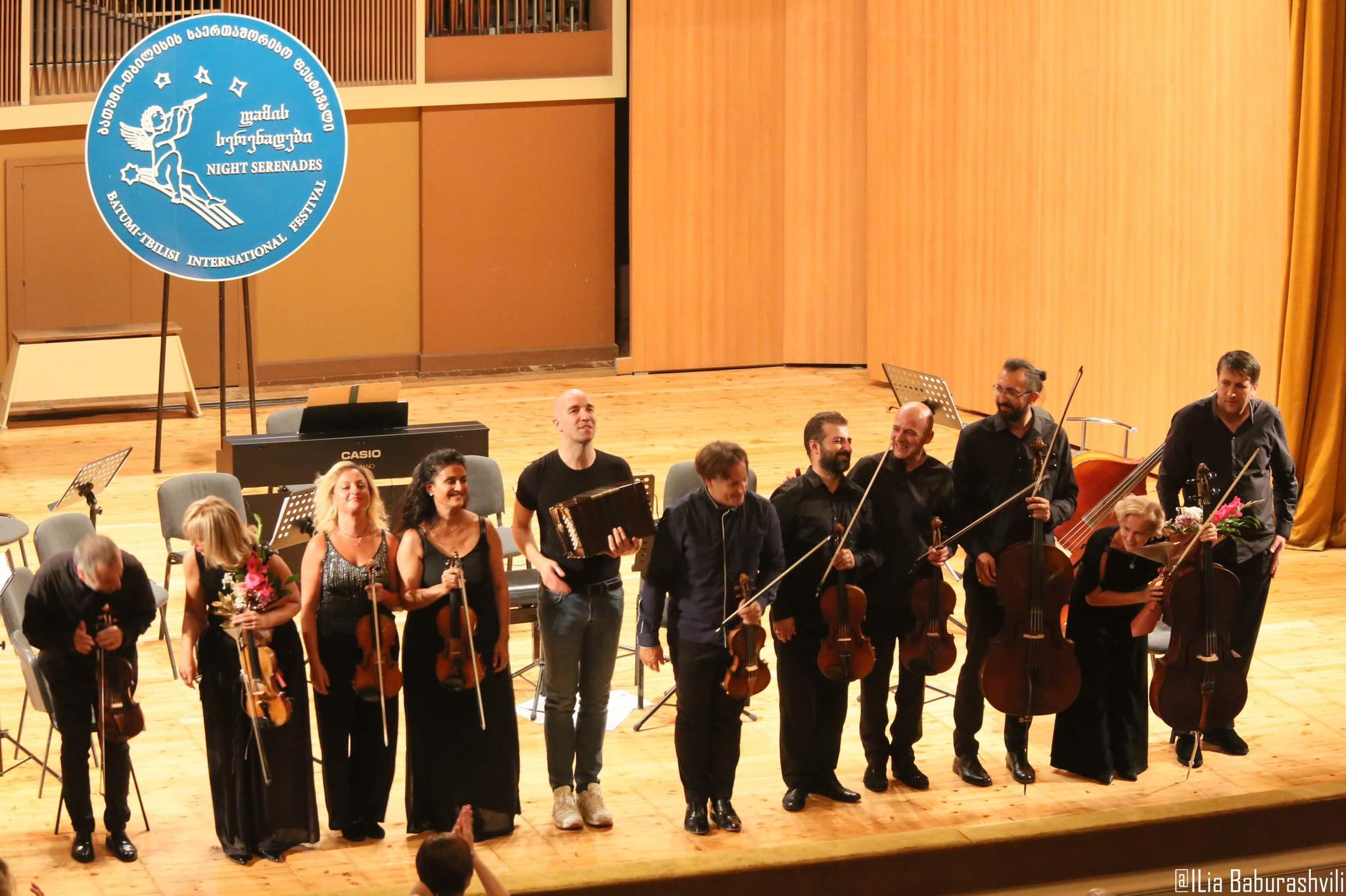 “Night Serenades” festival was held on August 25-26 in Ilia Chavchavadze Drama Theater in Batumi. The American-born and Austrian-based innovator pianist Katie Mahan, the famous German clarinetist Sabine Grofmeier and the main orchestra of the festival “Georgian Virtuosos” took part in the concerts. As part of “Night Serenades”, master classes, exhibitions, presentation of Liana Isakadze’s book were held in Batumi and Tbilisi.