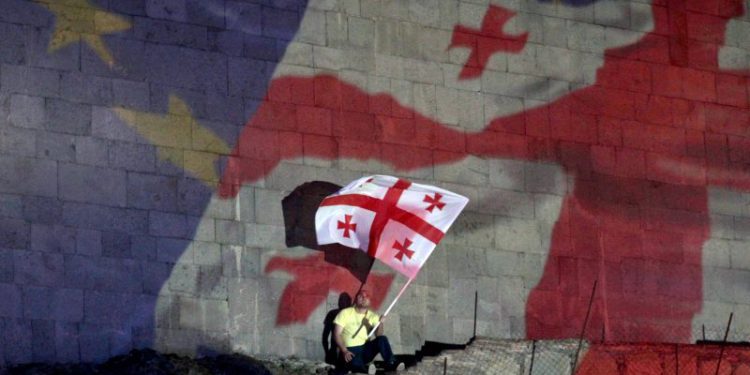 Civil society has presented the next 10 steps that need to be taken on the path to EU membership. They note that the Government should take effective steps after filing the application.

“The dynamic development of Georgia-EU relations should become a precondition for political actors to complete consolidation and polarization. We, the civil society organizations, are ready to be more actively involved in this process and we offer the Georgian Government to take the following steps:

“Develop a national strategy for Georgia’s accession to the European Union and establish its effective monitoring mechanism involving civil society; Implement the democratic reforms provided for in the April 19, 2021 Agreement (the so-called Charles Michel Agreement); Strengthen diplomatic efforts to timely adopt the new Georgia-EU Association Agenda and begin its effective implementation; Make appropriate diplomatic efforts to expedite the adoption of the candidate status assessment questionnaire by the European Commission; Mobilize relevant human, financial and technical resources (including setting up a relevant inter-agency working group and/or relevant agency) to complete the candidate status assessment questionnaire and submit it to the European Union; In line with the new reality, make changes to the Statute of the Commission of Georgia on EU Integration, intensify and make its work more efficient; make the process transparent and inclusive; Establish a National Council for Accession to the European Union, composed of experts, to facilitate the coordination and monitoring of Georgia’s accession to the European Union; Consider the possibility of appointing chairpersons of the Georgian Parliament’s Committees on European Integration, Human Rights, Legal and Foreign Relations, as well as members of the EU-Georgia Association Parliamentary Committee, by the opposition, in order to increase parliamentary oversight of Georgia’s EU accession process; In accordance with the declaration of Associated Trio – Moldova, Georgia, Ukraine), effective steps should be taken to strengthen the format of cooperation between the trio, to normalize relations with Ukraine and to establish a joint summit of the trio and the European Union; Ensure that Georgia manages expectations related to the EU accession process and maintains relevant internal and external communications”, reads the document.