Negotiations Between Ukrainian and Russian Delegations Ongoing in Turkey 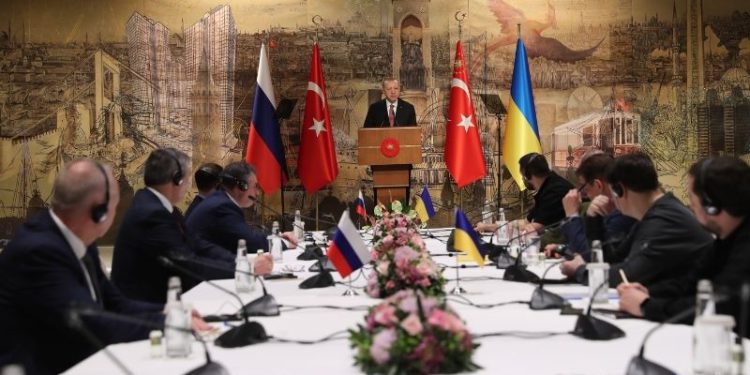 A meeting between the Ukrainian and Russian delegations is underway in Istanbul, Turkey. Negotiations are taking place at the Dolmabahçe Palace.

Russian businessman Roman Abramovich is also attending the talks. Before the negotiations, participants were addressed by the President of Turkey, Recep Tayyip Erdoğan, who stressed the need to end hostilities.

The Turkish president expressed his sorrow that the conflict has been going on for five weeks and noted that Turkey is ready to host a meeting between Russian President Vladimir Putin and Ukrainian President Volodymyr Zelensky.

The main goal of the talks is to reach a ceasefire.