Ned Price: We Continue to Strongly Support Georgia and its Territorial Integrity within Internationally Recognized Borders 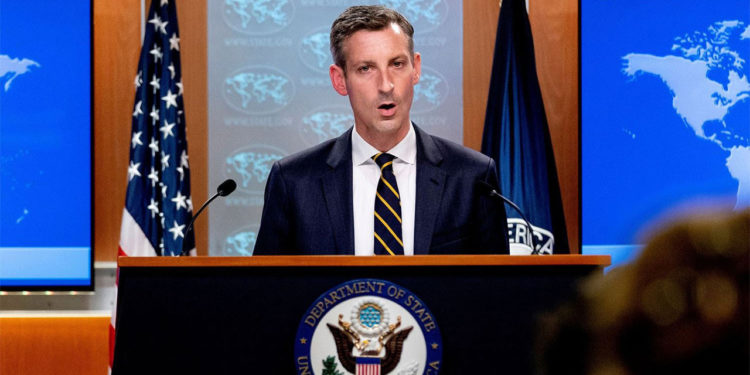 US State Department spokesman Ned Price held a news briefing where he stated: “we continue to strongly support Georgia and its territorial integrity within internationally recognized borders.”

Price noted they believe Russia must be held accountable for the commitments it made under the 2008 ceasefire.

“Russia should withdraw its troops to pre-conflict positions and change its recognition of the Georgian regions of Abkhazia and South Ossetia. The Georgian Foreign Ministry today issued a statement condemning Alexander Lukashenko’s visit to Abkhazia,” Price added.