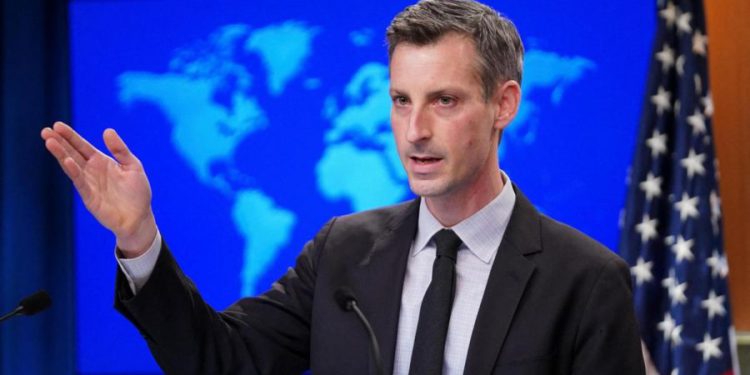 Ned Price, Spokesperson for the U.S. Department of State stated at Department Press Briefing the United States, as a strategic partner, strongly supports the European aspirations of Georgia, Ukraine, and Moldova.

At the briefing, he was asked about his position on Georgia, Ukraine, and Moldova’s path toward a Western choice. all three countries are awaiting the EU decision on the official candidate status. Whether he believed these three countries would reach this major milestone at this juncture.

“Well, these are questions for those three countries and for the EU, but I think you know in the case of all three of those countries, the United States – as a partner, as a strategic partner as it were, strongly supports the European aspirations, the European ambitions of these three countries. We have stood with them as they have gone down that path from independence to where they are now, and we will continue to stand by them as they continue down that path,” Price responded.