Ned Price: Russia’s 2008 Invasion of Georgia and Brutal Invasion of Ukraine Show that Moscow has Little Respect for Neighbors 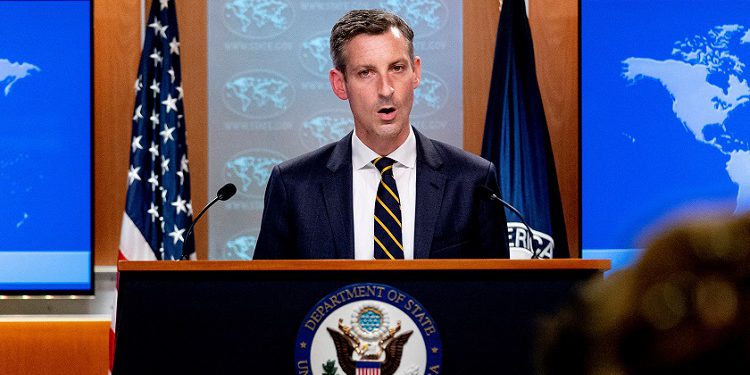 US State Department Spokesperson Ned Price was asked whether there is any plan of Washington regarding Armenia-Azerbaijan and if so, how does it differ from Putin’s version of peacemaking? and what the US expects from the upcoming meeting in Sochi

There is no greater supporter than the United States for the sovereignty and independence of the countries of the South Caucasus, including Armenia and Azerbaijan. The restoration of Armenia, Azerbaijan’s independence in 1991 from the Soviet Union – it was a seminal event that guaranteed each of these countries the right to pursue their own foreign policy interests, to pursue their own interests independent of Moscow or any other country around the world,” stated Price.

He noted that when America engages with Armenia and Azerbaijan, they are doing so with one purpose in mind and one purpose only, and that is to put an end to the violence and to put these countries on the path to a lasting and comprehensive peace. “We have encouraged and been clear with these countries – Armenia and Azerbaijan – that they should meet in whatever format is most useful to them. We do believe in the utility of direct dialogue to resolving issues and to reaching that lasting peace.”

He remarked it is up to these two countries to decide the approach they will take to these upcoming talks. “We – I think the world knows of Russia’s history when it comes to its neighbors and its neighborhood. Russia’s 2008 invasion of Georgia and it’s ongoing brutal invasion of Ukraine show that Moscow has little respect for its neighbors’ sovereignty, and it’s hardly a reliable, long-term partner. We think that is in stark contrast to the United States. And again, our only intent is to help these countries achieve for themselves an end to the violence and a lasting and comprehensive peace that the people of Armenia and Azerbaijan so desperately want,” stated Price.