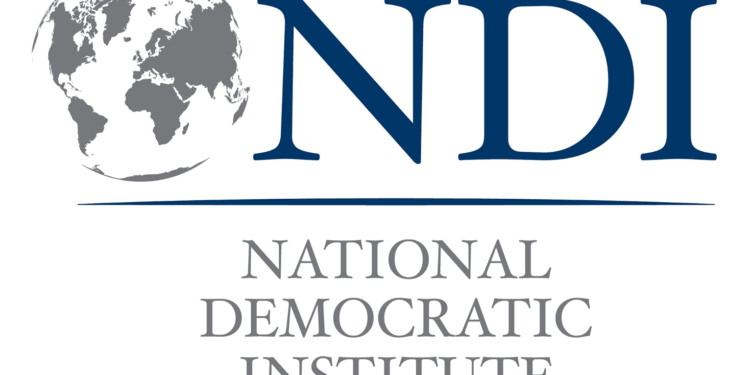 The political rivalries that have consumed Georgian politics threaten to unravel 30 years of democratic progress, reads the pre-elections information released by the National Democratic Institute (NDI).

The organization says parties can strengthen confidence in elections by focusing on the priorities of citizens and adhering to democratic principles.

According to NDI, this week, the National Democratic Institute sponsored an international team of experts to conduct a series of online, high-level meetings with political parties, government officials, civil society, and local media to demonstrate continued support for Georgia’s democratic development and reinforce the international community’s expectation that all parties will adhere to the principles of genuine democratic elections and political processes.

The team was led by Madeleine K. Albright, former US Secretary of State, and current NDI Board Chair; Howard Dean, former Governor of Vermont, and NDI Board Member; Per Eklund, former EU Ambassador to Georgia; and Kenneth Wollack, Chairman of the Board of the National Endowment for Democracy and former President of NDI. Other members of the team included United States Congressional and senior NDI staff listed below.

“Over the last three decades, Georgia has served as a model to other countries in the region, undertaking political reforms in its pursuit of a democratic, European, and Euro-Atlantic future. Recent electoral reforms have yielded a legal framework that will lead toward a proportional representation, consensus-driven system. Civil society organizations have played a vital and active role in political life, including impartial observation of electoral and political processes. Most importantly, the vast majority of Georgians, as demonstrated by NDI’s February 2021 public opinion poll, expect their political leaders to cooperate and deliver on the Georgian people’s democratic aspirations”, – reads the information.

“Democracy is a work in progress and healthy political competition is a hallmark of any democratic system,” said Secretary Madeleine Albright. “Destructive rivalries, however, take a significant toll on a country, its institutions, and its citizens. Dialogue, participation in institutions, and compromise are vital to strengthening Georgia’s democratic credentials. The people of Georgia set higher standards for their country as does the international community.”

NDI notes that as Georgia approaches municipal elections on October 2, a protracted political crisis and recent attacks on civil society and media raised concerns among the Georgian public and international community about the Georgian government’s continued commitment to a democratic, Euro-Atlantic path. According to NDI’s July 2021 poll, a majority of Georgians do not believe they currently live in a democracy. The breakdown of the April 19 agreement, which established a roadmap to advance long needed reforms, further undermined confidence. These elections provide an opportunity for Georgia’s political leaders to demonstrate their commitment to the democratic path by adhering to democratic principles and focusing on the political and economic priorities of its citizens.

“Constructive dialogue is critical to a responsive and representative governing system. Attacks on Georgian media and civil society are unacceptable,” said Governor Howard Dean. “The government must bear the weight of ensuring accountability for those who seek to disrupt the work of these organizations, including their independent monitoring, analysis of the electoral process, and sharing the perspectives of marginalized communities. That is the burden of leadership.”

“While the foundations of Georgia’s electoral framework and administration are largely in place, NDI’s meetings revealed several ongoing challenges, many of which have been present over successive elections and governments. Campaigning is expected to heighten in the lead up to the elections and, at present, not all parties are doing enough to reach citizens and speak to their concerns. Organization and participation in debates is notably absent, and citizens are left with little substantive information about their electoral choices. Georgian interlocutors raised concerns about lax or selective enforcement of electoral regulations, and abuses of state resources and prosecutorial authorities. Following the violent events of July 5, there were also elevated concerns about the ability of civil society and media to operate freely and express diverse viewpoints, as well as harassment and intimidation of opposition party members and candidates. Failure to protect these fundamental freedoms can only undermine trust in the elections. Nevertheless, it is incumbent on all political parties and electoral candidates to participate in the political process in good faith. At a time of instability in the region and rising authoritarianism across the globe, these issues must be addressed in order to solidify Georgia’s position in the European family of nations, enhance its security, and strengthen transatlantic partnerships”, – reads the statement.

“Unfortunately, the challenges facing Georgia are not new. These problems have plagued the country across different governments,” noted Ambassador Per Eklund. “All political leaders have a responsibility to ensure that these challenges do not continue to be passed onto future administrations. While the ruling party has a higher burden of leadership that comes with elected office, opposition parties must also engage in good faith.”

“With approximately three weeks until election day, and in the spirit of international partnership, NDI offers the following recommendations that can strengthen democratic institutions and processes in Georgia:

“All stakeholders should respect the rights of election observers and media organizations to conduct their oversight functions without harassment or obstruction, as well as the rights of those engaged in campaigning and voting. The government should ensure that law enforcement bodies are properly instructed and equipped to safeguard these rights.

“Authorities should conduct a swift, thorough, and unbiased investigation into and timely prosecution of alleged cases of violence, intimidation, and vote buying.

“All party supporters must refrain from political violence and intimidation. Political parties should institute and deploy internal sanctions in a timely manner for those who violate these principles.

“Political parties should run issue-based, citizen-focused campaigns and take all opportunities provided by broadcasters to engage in debate and present their policy agendas to the public.

“All political parties should participate in the political process before, during and after the elections and commit themselves to establishing constructive dialogue to implement reforms in line with the spirit of the April 19 agreement. Such a course of action could reassure voters that the upcoming elections would be a precursor to genuine political reform.

“Active in Georgia since 1995, NDI is a long-time friend of Georgia and remains committed to supporting the country’s continued democratic journey. The Institute will continue to closely assess developments on the ground in the lead up to, and after election day. These meetings represented the first phase of NDI’s multi-track program for the October 2, 2021, municipal elections. On September 6, NDI announced the arrival of a limited long-term assessment mission to Georgia. NDI’s long-term analysts will focus on several key themes, including election administration, the campaign environment, the information environment, and gender and inclusion. In late September, NDI plans to follow up on this week’s high level meetings, as it assesses progress ahead of election day,” reads the information.