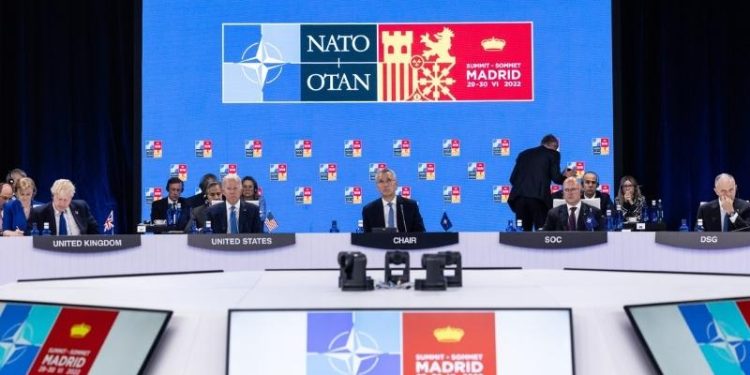 The security of countries aspiring to become members of the Alliance is intertwined with our own. We strongly support their independence, sovereignty and territorial integrity, – reads NATO new Strategic Concept.

The new Strategic Concept notes that the Alliance reaffirms the 2008 Bucharest Summit decision as well as all subsequent decisions with respect to Georgia and Ukraine.

“We will strengthen political dialogue and cooperation with those who aim to join the Alliance, help strengthen their resilience against malign interference, build their capabilities, and enhance our practical support to advance their EuroAtlantic aspirations. We will continue to develop our partnerships with Bosnia and Herzegovina, Georgia and Ukraine to advance our common interest in Euro-Atlantic peace, stability and security. We reaffirm the decision we took at the 2008 Bucharest Summit and all subsequent decisions with respect to Georgia and Ukraine,” reads the document.

The new NATO concept first names Russia as a threat. The last strategic concept of the Alliance, adopted in 2010, said that cooperation between NATO and Russia is of strategic importance because it promotes a common space for peace, stability and security, and NATO does not pose a threat to Russia.